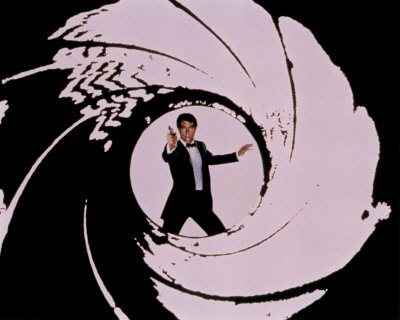 For today’s TV round up we have news on SyFy’s Holiday movie line-up including another one of their weird made for TV Movies. TV.com happenings, and Starz announced its December/January slate.  Let’s start with SyFy news because, as you all know I’m in the tank for SyFy (still think the name is dumb).

My new favorite show isn’t on Network television it’s airing in Syndication. The Legend of the Seeker is an awesome swashbuckler that fantasy fans need to seek out (pun intended). The marathon will give fans a chance to catch up and relive six favorite episodes from the first season of the epic fantasy series, and also serve to introduce the show to Syfy viewers who may not have experienced it.  Combining elements of fantasy, adventure, magic, mystery and romance with state-of-the-art visual effects and a high level of action, the series is an adaptation of internationally best-selling author Terry Goodkind’s Sword of Truth book series.  This is pretty dumb programming, Legend of the Seeker is one long story arc, yes you can jump in at any point, but to get all the nuances you have to watch it from the beginning. What’s the point of a 6-episode marathon with random episodes?

SyFy’s Thanksgiving Marathon is going to be, James Bond, including the network premiere of Casino Royale. The marathon kicks off at 8am on Turkey day. I’m a sucker for Holiday Bond marathons so I think I know what I’ll be doing Thanksgiving weekend.

After you get your fill of Turkey and are in the Post Bond haze, SyFy premieres a brand new movie called Beyond Sherwood Forrest. In Beyond Sherwood Forest, premiering Saturday, November 28, at 9PM (ET/PT), the evil Sheriff of Nottingham (Julian Sands/Warlock) uses a young woman (Erica Durance/Smallville) — cursed to live in the form of a dragon — to hunt down and destroy young Robin Hood (Dunne). I’m sorry, but just no. This sounds stupid.

Over at TV.com they are having a live chat with the folks from NCIS, Tuesday Nov 3rd.  While you are there check out their cool feature called Ten Favorite TV Cars.

Starz has a lot of good stuff coming in Dec/Jan

In time for the holidays, Starz Kids & Family celebrates Christmas with 24-hours of Jim Carrey in Dr. Seuss’ How the Grinch Stole Christmas, beginning Christmas Eve at 6:00 p.m.  And Encore goes the distance with a Rocky film marathon on New Year’s Day. In January, the world of gladiators comes to life as the Roman Republic’s most brutal fighters clash in the ultimate arena. Spartacus: Blood and Sand premieres Friday, January 22 at 10:00 p.m. on Starz. The one-hour show is an entirely new vision of the ancient legend and will utilize virtual environments giving it a unique graphic novel look and style, along with a fresh narrative approach.  Starz will conclude the second season of its original series Crash on Friday, December 11 at 10 p.m.

The weekend of December 25th, Encore will present a “Big ‘80s Weekend” that includes the world television premiere of Don’t You Forget About Me, a poignant search for Director John Hughes by a group of young filmmakers.  The doc includes appearances by Kevin Smith, Ally Sheedy, Judd Nelson, Andrew McCarthy and Alan Ruck.  Pop songstress Cyndi Lauper presents all the awesome films from the ‘80s  including The Breakfast Club, Sixteen Candles, Weird Science, Weekend at Bernie’s, The Outsiders and one we think is Ms. Lauper’s favorite – Girls Just Want to Have Fun.  The channel also has the spotlight on John Cusack with a five-film marathon.