Entertainment News for The Rest of Us
Brian Sittner
Television, TV Reviews 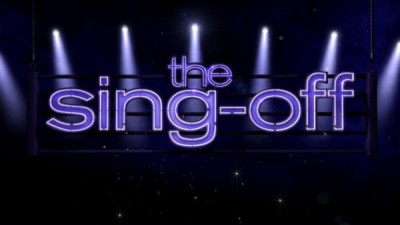 For the third season of The Sing Off, week 7 was one incredible evening last night and should not have been missed. Every single group: Vocal Point, Dartmouth Aires, Urban Method, The Yellow Jackets, Delilah, Afro-Blue and Pentatonix all brought their best A-Game and gave all their performances 100%. Some groups stepped out of their comfort zone, took some major risks, and strongly listened to the judges’ advice. Whereas other groups made minor changes and continued to stay strong. A full recap of each performance after the jump:

Since last night was Halloween, The Sing Off went with the Halloween theme and had ALL the groups sing together a medley of Halloween songs. It was a perfect ghoulish opening. Check it out below and you’ll see what I mean

Now its game time and Vocal Point was up first. Their medley of songs came from none other than the “King Of Rock n Roll” himself, Elvis Presley. Vocal Point had really worked hard this past week to put together this amazing performance. One of the songs was Elvis Presleys’ classic “Jail House Rock”. It was all worth watching and could not miss a second. Check it out below:

Dartmouth Aires was up second and gave one of the most impressive performances I have ever seen! Dartmouth Aires medley of songs came from one of my favorite bands, Queen and included one of Queen’s most famous songs, “Bohemian Rhapsody”. This was one performance you could not take your eyes off of.

Urban Method was the third group onto the stage and gave an entertaining performance with their medley of songs from Rihanna. Urban Method continues to impress and is always great to watch:

The Yellow Jackets came to take the stage following Urban Method and sang their hearts out with their medley of “The Piano Man” songs aka, Billy Joel. Their performance was full of energy and was fun to watch.

Delilah was the fifth group to perform and gave an amazing performance covering songs from Alicia Keys. This vocal group continues to inspire and displays their strong vocal abilities.

Afro-Blue followed Delilah and gave a performance the viewer couldn’t forget with their medley of songs from Janet Jackson. Afro-Blue continues to show their solid unity and how they’re able to work together as a group. This is another performance you can’t miss a single second of.

The final group to take the stage this week was Pentatonix. Pentatonix gave a great performance with their songs from Britney Spears and was entertaining to watch.

For week 7 of The Sing Off, I’m sure it was a tough decision for the judges to decide which group to vote off and send home. In the end the judges felt that it was time for The Yellow Jackets to leave and sing their swan song.

The Sing Off week 7 was incredible to watch. Every group put in 100% effort and gave performances that no one will ever forget. The competition is now down to six groups will continue to shrink until one winning group is announced and receives a recording contract. The Sing Off airs Monday nights on NBC at 8pm/7pm central. The Sing Off can be found on the web at:
http://www.nbc.com/sing-off/
http://www.facebook.com/TheSingOff
http://twitter.com/#!/thesingoff