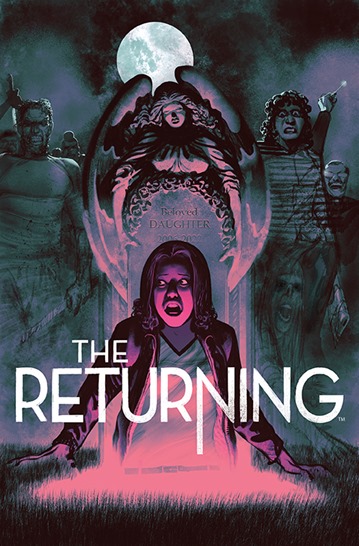 In the near future, some people who have had near-death experiences come back them… different. Symptoms include a mix of extreme behavorial change and paranoia. When high school student Beth comes back from an NDE, she is amazed at quickly family and friends turn on her. She has no idea what’s ahead for her…

That’s the premise for BOOM! Studios latest title, The Returning – a four-issue limited series that puts an unexpected and horrifying spin on near-death experiences. The Returning #1 will be in stores on March 12th. Check out the press release for more details and a look at a variant cover.

“Jason and Andrea have crafted a smart, beautifully drawn thriller in THE RETURNING,” said BOOM! Studios Editor-in-Chief Matt Gagnon. “It’s dark, intense, and sets up a compelling mystery around near-death experiences. I’ve been a fan of Jason Starr for years, ever since I read his novels from Hard Case Crime. He and Andrea Mutti are terrific storytellers, and if you’re not already a fan of their work, I think you will be by the end of this series.”

WHY WE LOVE IT: We can’t get enough innovative mashups of some of our favorite genres: Fantasy, Horror, and Mystery. Plus, we’re fascinated with the science of NDE’s! 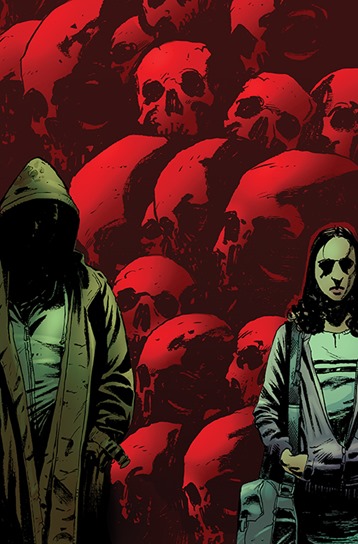 WHY YOU WILL LOVE IT: Award-winning novelist Jason Starr (Wolverine Max, The Chill) and artist Andrea Mutti (Conan, The Girl with the Dragon Tattoo) deliver a gripping but deeply human drama set in an uncertain world.

WHAT’S IT ABOUT: It’s the near future, and some people who have had Near-Death Experiences have come back "changed." They exhibit extreme behavioral changes, becoming increasingly paranoid and violent, and no one knows why. People who have had NDE’s fall immediately under suspicion, and in some cases, are murdered by justice-seeking vigilantes. It is in this world where Beth, a quiet high school student with a bright future, will learn just how quickly friends and family will turn on her when she has the bad luck of surviving the worst night of her life…

THE RETURNING #1 arrives in comic shops on March 12th with a cover price of $3.99 under Diamond order code JAN140992. Not sure where to find your nearest comic retailer? Use comicshoplocator.com or findacomicshop.com to find one! It’s also available for order directly from boom-studios.com.