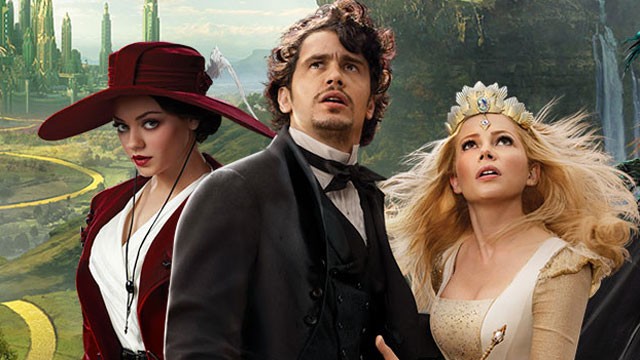 I’m not going to go on and on about how much I love The Wizard of Oz. All right thinking people love the 1939.  After the huge Broadway success of Wicked there was bound to be a modern film version that minds that well.  At one point there were several different studio versions of a Wizard of Oz prequel in production. First out of the gate is Disney’s Oz The Great and Powerful. While the name implies grandeur and delight, the movie fails to deliver.

Director Sam Raimi opens the movie with familiar, but welcome territory as we see carnival con man Oz (James Franco) run around a black and white infused Kansas. The 3D affect is, well, underwhelming. It doesn’t add much to the experience but at least the 3D wasn’t distracting from the story or the visuals.

Much like the classic version, we encounter a couple of Kansas versions of the eventual Oz characters. Maybe it is because I’ve seen the original a million times and it is one of my top 4 all time favorite films, it is hard to judge this re-imagined, prequel or whatever this is. The classic Tornado sequence is filmed extremely well, but it lacked the wow factor of the original. 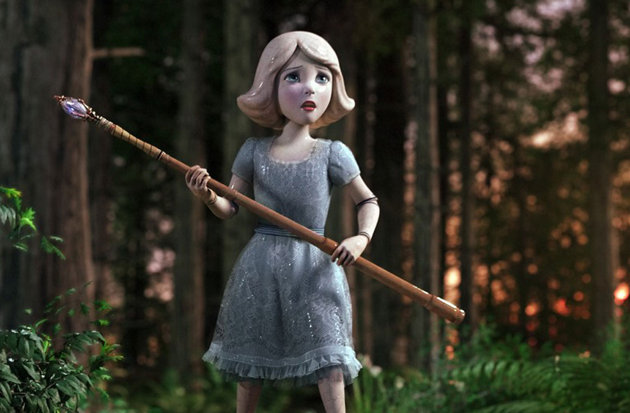 When we finally get to Oz, I was expecting to see some true visual splendor and while it did look great at times, it ultimately it failed to invoke a feeling of wonder and awe. There’s also not much “joy” in any frame of this movie. Again, maybe I was expecting too much. I did love the costume work and some of the set designs.

The story actually worked well for me, I found myself hoping that Theodora (Mila Kunis) would not turn evil. Kunis does a decent job of playing the full bore crazy green witch we all know and love but as Theodora the naive sister there is little to no chemistry between her and Franco that would lead you to believe that his actions would impact her that much.

While the movie goes through great lengths to show why Theodora becomes evil, if feels like they shortcut the transformation and doesn’t spend enough time establishing her “goodness.”

Oz’s companions include a little China Girl (Joey King) and a smart mouth monkey named Finley (Zach Braff). These two provide much needed comic relief to the otherwise stodgy affair and are really the only real memorable things about the movie. Generally I love Michelle Williams (Glinda the Good Witch) and Rachel Weisz (Theodora’s evil sister) but they are not given much to work with.

As with all prequels half the fun is seeing how all of this relates to the story we know and love and they do a nice job of establishing the connections without adhering exactly to it. This is a perfectly fine movie, but I expected and wanted more.