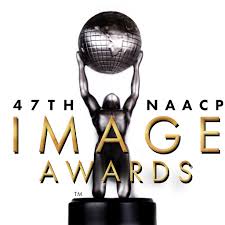 Awards season is in full swing.  From the Golden Globes to the SAG Awards to the upcoming Oscar Awards, it seems like an endless constellation of stars are flooding the red carpet every week.  Last Friday, once again the limos pulled up amongst glitz and glamour and the flashing of cameras as celebrities came out to attend the NAACP Awards at the Pasadena Civic Auditorium.  Unlike the other awards shows that celebrate film/tv/music, this one took a step further to include literature and other people who promote social justice via the creative arts. 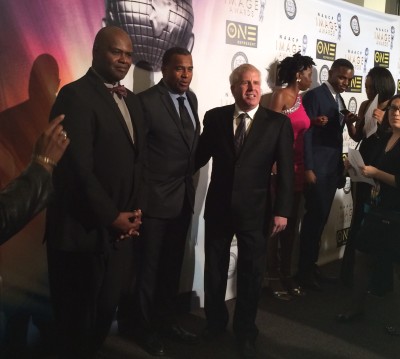 There were several notable people at the NAACP Image Awards for the non-televised dinner, including NAACP Chairman Roslyn Brock along with several NAACP members, and noteable people in both entertainment, music, and literature.  I had the lovely opportunity of chatting with some incredible people, including the host of the non-televised NAACP Image Awards dinner actor Affion Crockett  along with such nominees as director Christine Swanson nominated for outstanding director in a motion picture (TV) for her film For The Love Of Ruth on TV One, author Sakina Ibrahim nominated for “Big Words To Little Me: Tips To My Younger Self” nominated for outstanding literary work (instructional), and NAACP Image Award winner Justin Smollett of “Empire”.

The remaining ten categories in television and film were announced live the following evening during the two-hour TV One telecast on February 5.  NAACP president Cornell William Brooks presented John Legend with the President’s Award for his public service and career success.  The Entertainer of the Year Award was bestowed to Michael B. Jordan,  an individual within the entertainment industry who has achieved notable success in multiple projects and mediums. Eight individuals and organizations, including including Empire star Jussie Smollett, the University of Missouri’s Concerned Student 1950 Collective, and Brittany “Bree” Newsome, the activist and filmmaker who scaled a flagpole and took down the Confederate flag outside the South Carolina Capitol, were honored with the NAACP Chairman’s Award for using platforms to be agents of change.

The talented Justin Smollett, who has been previously nominated for multiple awards such as BET, Teen’s Choice Awards, and Young Artist Awards, was announced as winner of the NAACP Image Award Outstanding Recording Artist.  Best known for his role as Jamal Lyon in Empire, I got a chance to chat with him on the red carpet during the NAACP Image Awards dinner.  He talked about what it means to be a nominee for this prestigious award, his view on diversity in Hollywood, and the universal stories of Empire. Check out his interview!

Here is the complete list of winners for  the 47th annual NAACP Image Awards:

Entertainer of the year

Outstanding Actor in a Motion Picture

Outstanding Actress in a Motion Picture

Muhammad Ali: The Peoples Champ (BET) ***WINNER
August Wilson: The Ground on Which I Stand (PBS)
Belief (OWN)
Kareem: Minority of One (HBO)
Light Girls (OWN)

Outstanding Actor in a Comedy Series

Outstanding Actress in a Comedy Series

Outstanding Actor in a Drama Series

Outstanding Actress in a Drama Series

Outstanding Actor in a Television Movie, Miniseries or Dramatic Special

Outstanding Actress in a Television Movie, Miniseries or Dramatic Special

Unsung (TV One) ***WINNER
Katrina: 10 Years After the Storm (ABC)
News One Now (TV One)
Oprah Prime: Celebrating Dr. King and the Selma Marches 50 Years Later (OWN)
Oprah: Where Are They Now? — Civil Rights Special (OWN)

Welcome to Sweetie Pies (OWN) ***WINNER
Dancing With the Stars (ABC)
Iyanla: Fix My Life (OWN)
Shark Tank (ABC)
The Voice (NBC)

Outstanding Writing in a Comedy Series

Outstanding Writing in a Dramatic Series

Outstanding Directing in a Comedy Series

Outstanding Directing in a Dramatic Series

Missed out on the 47th Annual NAACP Image Awards?  No worries!  You can catch highlights of the awards below.

Courtesy of NAACP and TV One