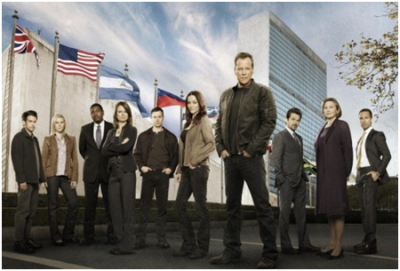 The Jack Sack is back baby and after the excellent two hour premiere I’m fully on board with Season 8 of 24. I loved it when Jack muttered, “I hate this place.” Who doesn’t hate their job? I’m the type of viewer who generally enjoys 24 in six hour marathon sessions as opposed to watching it on a week-to-week basis. I think the story flows better this way, so I will be doing re-caps this season but probably in two – three episode blocks. My recap of the first four hours will come later this week, in the meantime I have a few predictions for this season – since we all know there is definitely a formula.