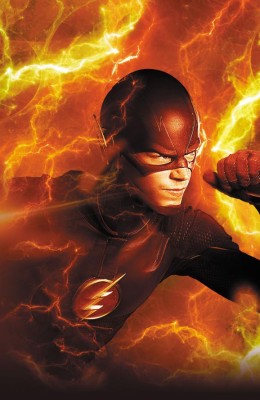 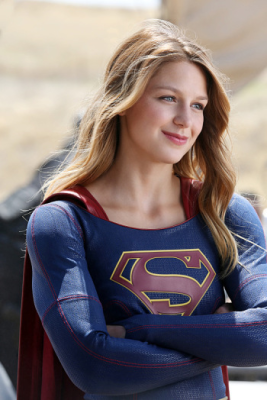 Every time that Greg Berlanti – an executive producer on Arrow, The Flash and Supergirl – has been asked about a crossover between one of his CW shows and Supergirl, he always said it didn’t seem likely, but he’d love to do it if circumstances were right.

Circumstances have become right – The Flash will journey from Central City to National City to team up with Supergirl.

Kudos to Grant Gustin, CBS, The CW and DC Comics for pulling this one off. Follow the jump for details.

The Flash is speeding to National City! THE FLASH star Grant Gustin, in his role of Barry Allen/The Flash, will cross over to SUPERGIRL in an episode to be broadcast Monday, March 28 (8:00-9:00 PM, ET/PT) on the CBS Television Network. Details of the episode will be announced at a later date.

“We are so incredibly excited to announce something that we have dreamed of happening since we starting making SUPERGIRL – THE FLASH and SUPERGIRL are teaming up!” said THE FLASH and SUPERGIRL Executive Producers Greg Berlanti and Andrew Kreisberg. “We want to thank Grant Gustin for making the time to come visit (on top of his already immense workload) and all of the folks at CBS, The CW, Warner Bros. and DC for working this out. And finally, thanks to the fans and journalists who have kept asking for this to happen. It is our pleasure and hope to create an episode worthy of everyone’s enthusiasm and support.”

SUPERGIRL stars Melissa Benoist, Mehcad Brooks, Chyler Leigh and Jeremy Jordan, with David Harewood and Calista Flockhart. The series is produced by Berlanti Productions in association with Warner Bros. Television. Greg Berlanti, Ali Adler, Andrew Kreisberg and Sarah Schechter are the executive producers of SUPERGIRL, based on the characters appearing in DC Comics, and created by Jerry Siegel and Joe Shuster, by special arrangement with the Jerry Siegel Family.

THE FLASH, which airs Tuesdays on The CW, is produced by Bonanza Productions Inc. in association with Berlanti Productions and Warner Bros. Television. Greg Berlanti, Andrew Kreisberg, Todd Helbing, Aaron Helbing and Sarah Schechter are the executive producers.