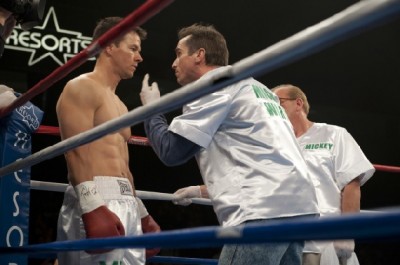 Wahlberg gives one of his best performances ever. Thomas told me that he and Wahlberg trained for over five years for this part and it shows. Wahlberg looks stacked and there’s never a moment where you don’t believe that he is a Boxer, even in the scenes where he gives up on the sport he manages to transform his body into that of a flabby construction worker. He and Amy Adams have a lot of chemistry together on the screen. 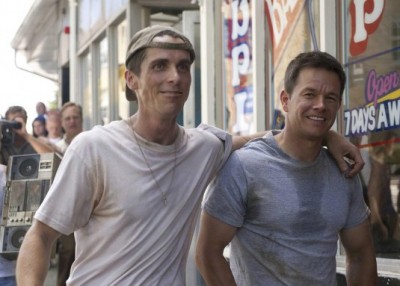 Christian Bale once again totally immerses himself into a role – to a ridiculous degree. Anyone who saw his body in Rescue Dawn, he does the same thing here. It looks like skin and bones and his face is gaunt like someone who has abused Crack. The great thing about his performance is that it is so nuanced and not showy or over the top (which is my issue with actors like Johnny Depp). Bale knows how to disappear and let a character breathe. It is one of the best performances of the year.

Director David O. Russell (Three Kings) brings this blue collar Boston town to life, it becomes it’s own unique character in the film. I would have liked more excitement with the actual boxing scenes – Raging Bull or Rocky this isn’t. but he does what a good director should – he steps away and just let the story and his actors take over. He doesn’t do anything flashy or special here. The movie is perfectly paced and never drags, or lurch from one moment to the next. The soundtrack is very understated and he doesn’t resort to giving us the Rocky Training montage. Well, he does when Dicky goes to jail, but it’s not an over the top “yeah, Rocky” moment.  The Fighter isn’t a great movie like Rocky or Raging Bull, but it’s very good and certainly one of the best movies of this year. See if for no other reason than Bale’s amazing performance.

One thought on “The Fighter is one of the year’s Best! Michelle’s Review!!”