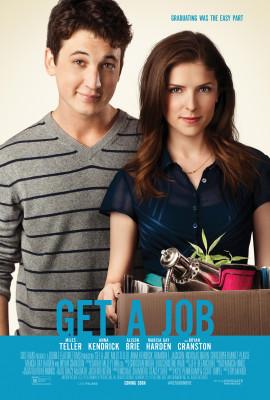 School is out. The hard part’s over. You wish!

Get a Job follows Will and Gillian – who discover that, as hard as it was to get the education they wanted, getting a job in the real world is much, much harder.

Get a Job will be in theaters and On Demand on March 25th. Check out the trailer after the break.