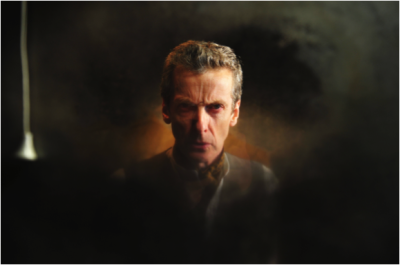 Peter Capaldi, Doctor Who’s new Doctor, is taking us inside the mind of Leonard Da Vinci as Submarine Deluxe and History Films present Inside The Mind of Leonardo in 3D.

Capaldi plays Da Vinci and the film is taken from the texts of Da Vinci’s journals – detailing everything from his knowledge of the human body, his artistic accomplishments and philosophy to his shopping lists.

Inside The Mind of Leonardo in 3D will premiere in New York on October 17th and then roll out across the country from there. For further details, follow the jump.

Toronto, ON (September 11th, 2014) – Submarine Deluxe announced today that the company is acquiring the U.S. rights to Julian Jones’ INSIDE THE MIND OF LEONARDO in 3D.  The inspiring world of Leonardo da Vinci is brought to life by acclaimed BAFTA award-winning actor Peter Capaldi (DOCTOR WHO, IN THE LOOP) in a unique dramatized documentary directed by Julian Jones and produced by History Films.

INSIDE THE MIND OF LEONARDO is based on the artist’s private journals dating from the Italian Renaissance. With more than 6,000 pages of handwritten notes and drawings, da Vinci’s private journals are the most comprehensive documents that chronicle the work of the world’s most renowned inventor, philosopher, painter, and genius. Never before has access been granted to capture these works in 3D HD format.

Using this precious collection of writings and drawings to recount da Vinci’s story in his own words, the film re-creates the mindscape and ideas of mankind’s greatest polymath.

In a powerful haunting performance, actor Peter Capaldi portrays Leonardo, dramatically narrating passages and monologues from his journals. Capaldi captures the passion of Leonardo’s genius, his understand of the workings of the natural world, his insights on art and life and his inner fears and torments. From the epic to the ordinary, INSIDE THE MIND OF LEONARDO explores how Leonardo experienced the world around him.  In turn, the film changes the way we see the world today.

Following a biographical narrative, the feature captures the artist’s birth as a bastard peasant, his thwarted ambitions, hurt, anger, and sexual desire as documented within his diaries, but also the mundane evernts everyday life: his shopping lists, health tips, and bawdy jokes.

Dan Braun from Submarine Deluxe stated “We are thrilled to be able to bring this captivating film out into the world. I feel that audiences will be surprised and enchanted by Peter Capaldi’s performance and Julian Jones’s stunning 3D visuals. We are proud to once again be working with History Films and Julian Hobbes on this highly unusual and provocative film”.

Julian P. Hobbs, executive producer for History Films, stated “We wanted to reveal a whole new layer of one of the world’s most mysterious and intriguing characters, using 3D technology that would likely have been a revelation to Leonardo himself. This has been an incredible passion project for us and we are excited to be working with Submarine Deluxe and collaborating with Julian Jones and Peter Capaldi.”

Production of INSIDE THE MIND OF LEONARDO was handled by IWC Meda and Handel Productions, produced by Julian P. Hobbs and Peter Lovering, written by Nick Dear, co-written and directed by Julian Jones.

Submarine Deluxe will release the film in New York on October 17th with a nationwide theatrical rollout to follow.

Submarine Entertainment, founded and run by twin brothers Josh and Dan Braun, is a hybrid sales and production company, consulting and strategizing on the sale and distribution of feature films and documentaries and producing unique and high quality feature films, documentaries and television properties. Submarine Deluxe is the company’s distribution label, which releases features films and documentaries including Being Elmo, Love Marilyn, Casting By, GMO OMG, the upcoming PUMP and the Academy Award nominated Chasing Ice.

HISTORY Films seeks to bring cinematic stories by outstanding independent filmmakers to the widest possible audience. Through HISTORY Films, the network will pursue dramatic non-fiction films about extraordinary people and those singular moments in our past, present and future that stand out forever, demonstrating that History is Made Every Day. The HISTORY Films roster currently includes: The Unknown Known: The Life and Times of Donald Rumsfeld, directed by Errol Morris; the award winning Cave of Forgotten Dreams (2010) (National Critics; LA Critics; NY Critics awards) directed by Werner Herzog; Countdown to Zero (2010) directed by Lucy Walker; Magic Trip: Ken Kesey’s Search for a Kool Place (2011) directed by Alex Gibney and Page One: Inside The New York Times (2011) directed by Andrew Rossi.