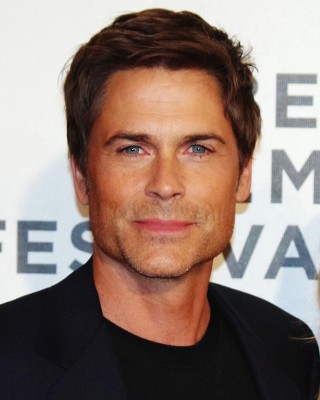 NBC has order a ten-episode futuristic dramedy called Apocalypse. The series will follow an extended family in the last days of humanity, as their lives begin to intersect in unexpected ways.

Rob Lowe, Megan Mullally, Jenna Fischer and Matthew Baynton are set to star in the NBC-Sky TV co-production. Filming will begin later this month. Follow the jump for further details.

The hourlong series is a co-production with Sky TV scheduled for 10 episodes.  Filming will begin later this month.

“Apocalypse” is a bold, adrenaline-fueled series about the last days of mankind. Set against a backdrop of apocalyptic chaos, the story follows an extended family whose lives start to intersect in the most unexpected ways. Their renewed connections are triggered by the news that a comet is on an unavoidable collision course toward Earth.

Characters include a foul-mouthed priest, an unhinged white supremacist, a mild-mannered bank manager, a germ-phobic cyber-terrorist, a five-star general and a child who (possibly) rose from the dead. Some of them are destined to make it to a bunker deep beneath the ground, and as a result will become the unlikely (and frankly, somewhat unsuitable) future of mankind.

“This is an out-of-the-box and wholly original project that offers just the right combination of both high drama and humor,” said Jennifer Salke, President, NBC Entertainment. “With a stellar cast that includes Rob Lowe, Megan Mullally, Jenna Fischer and Matthew Baynton — all four who know how to expertly balance those lines — we’re ready to dive into the ‘Apocalypse.’”

The creator and lead writer for the series is Iain Hollands (“Beaver Falls”) with Michael Engler (“30 Rock”) taking up the reins of lead director for the first two episodes. Commissioned by Sky 1 Director, Adam MacDonald, Sky’s Head of Drama, Anne Mensah and Commissioning Editor Cameron Roach, the series from Working Title TV and Bigballs Films will commence filming in January.

The executive producers for the series are Juliette Howell, Tim Bevan, Eric Fellner and Lynn Horsford for Working Title TV, Andrew Conrad for Bigballs Films, and Cameron Roach and Lizzie Gray for Sky. The series will be produced by Polly Buckle, Nick Pitt and Susie Liggat.