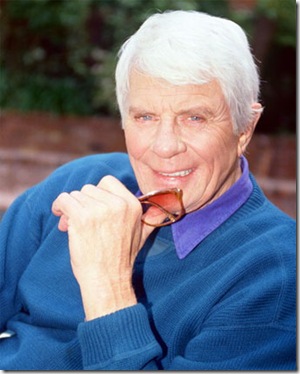 In a career that spanned sixty-eight years, he played heroes, villains and everyday guys in over one hundred projects – projects that ranged from legendary anthology shows like The Pepsi-Cola Playhouse and Studio One to sci fi films like It Conquered the World and dramas like Stalag 17. More recently he had done voiceover work for the Darkstar videogame.

In each of them, Graves played very different characters but they all had one thing in common – they were believably honorable men. It was likely Graves’ ability to project honesty and integrity that made him so effective as a villain. His characters always seemed like the last guys you’d expect to betray anyone.

It’s fair to say that I grew up watching Peter Graves on TV. I was a fan of all four of those series and I’m sure his roles influenced my behavior in some small, positive fashion. I owe him a debt of gratitude for that as much as for the hundreds of hours of entertainment he gave all of us.