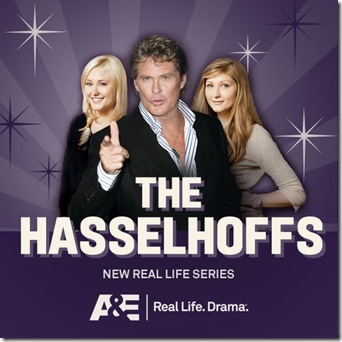 Not even a skilled Baywatch lifeguard could resuscitate The Hasselhoffs after the first two episodes aired to dismal ratings.

On Friday, December 10th, A&E announced that that were removing the reality show The Hasselhoffs from their Sunday night schedule. The Hasselhoffs featured former Baywatch and Knight Rider star David Hasselhoff and his two daughters, who are aspiring to get into showbiz. According to The Nielsen Co. the first episode was seen by 718,000 viewers but that the audience hit low tide at 505,000 the second week.  This ratings drop translates to meaning that more than half the people who watched the show  “Gene Simmons’ Family Jewels,”  which preceded The Hasselhoffs turned away from it in droves once Simmons show, which has an audience of 1.4 million, was over.

There are eight completed episodes of The Hasselhoffs that will remain unaired as A&E has no plans at this time to bring the series back. 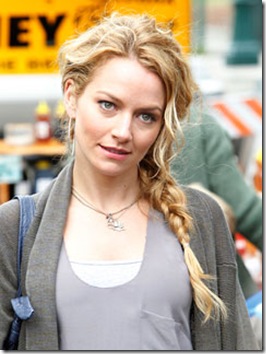 Over at NBC, the Peacock is turning into a bird of prey as the network is now aggressively trimming episode orders of Love Bites, which hasn’t even aired yet!

Love Bites is an anthology series describe by creator Cindy Chupack as a modern-day version of Love, American Style. Love Bites was originally slated to air as part of the 2010 Fall TV line up for NBC.  Those plans fell through when star Becki Newton announced she was pregnant and series creator Chupack stepped down as show runner due to personal reasons. Love Bites was replaced by The Apprentice, which turned to have it’s most dismal ratings ever.

Now Love Bites faces even more disheartening news. NBC has made a decision to reduced the episodic order from 13 to 9.  On top of that, there is still no debut date in the works for the series. Despite all the bad news, insiders are still saying that the project remains a priority. They problem they say is that NBC has too much content and not enough space in the  mid-season lineup to fit it all into. Given that, NBC felt it wasn’t prudent for them to pay for 13 episodes of a series they aren’t in a position to air yet. Another factor for may be that NBC already has a full 13 episodes completed of their half hour single camera comedy, Friends with Benefits which stars Danneel Harris, Ryan Hansen and actor/comedian Zach Cregger. It would make sense for NBC to want to air a series they have already put that much money into.