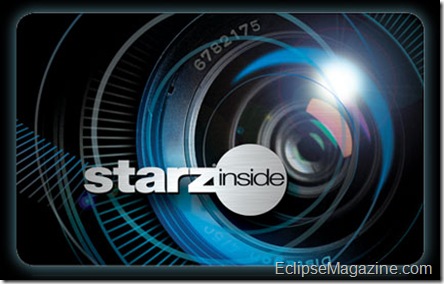 Starz Inside has quickly become one of my favorite series of television documentaries. If you are a fan of Pop Culture, this series is made for you. In the last few months they took us inside Pixar Animation, gave us an in-depth look at the creators of Animation, showed us men behind some of our favorite Video Games, and this week, on June 10, we Starz Inside shows us genius’ behind our favorite comic books.  This is the summer of the Superhero film so naturally this amazingly detailed documentary starts off in the obvious place – showing us how the film industry has embraced Comic-Books. We see some footage of the upcoming the upcoming Hellboy II film.  The documentary focuses primarily on the history of comic book films. Starting with the aforementioned Hellboy II then delves into the history of some of the pulp films from the 40s with some vintage clips.  The do a really nice segment on the Superman and Batman films

It’s amazing seeing this little segment because it shows just how cyclical this business called show is.  And the more things change, the more they stay the same. The doc touches a bit on how Capital Hill investigated comics during the 50s. Apparently there was a sexual relationship between Batman and Robin. This witch hunt led to the creation of the Comic-book code, but it ended up scaring Hollywood. I want to watch Fritz the Cat! Wow, talk about racy. Did you know Stallone and Eastwood were both up for Superman?  What makes the Starz Inside Series so strong is that they always attack a topic that most stodgy documentaries would avoid.  They do it and handle their topics with love and care.  The reverence the producers have for this material really comes through, without being pretentious or stodgy. It manages to strike just the right tone.  The pacing and amount of material covered is just right. Starz Inside: Comic Books Unbound premieres June 10, at 10pm.