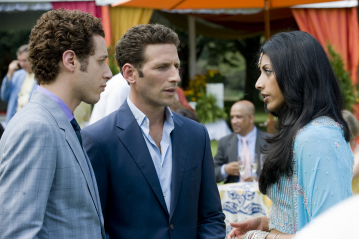 The show that’s been the surprise hit of the summer and the one that EM has been on the bandwagon on from the start, Royal Pains has it’s first season finale Thursday night at 10pm.  I’m surprised by how much I really enjoyed this show it had a strong first season and I’m looking forward to see what they do with season two. I’m surprised that I like this show as much as I do, since as a general rule I hate Dr. Shows. But all of the characters are pretty unique and it doesn’t focus as much on the medical case of the week.  Check out the trailer for the finale.  The finale airs Thursday night at 10pm on USA Network.

SEASON FINALE of Royal Pains on USA Network – …
by USANetwork