The name Neil Gaiman is synonymous with great storytelling – from his iconic Sandman comics to children’s tales with an edge [Coraline] and expansive fantasy worlds like those of American Gods and Anansi Boys. Now SFX Weekly is reporting that he has confirmed that an episode of Doctor Who will be only his third television credit [he wrote Day of the Dead for Babylon 5 and co-wrote the BBC mini-series, Neverwhere]. 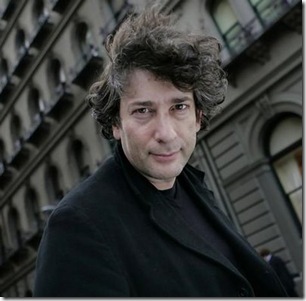 Gaiman’s Doctor Who ep will appear in Matt Smith’s second season as The Doctor. On the subject of his Whovian script, Gaiman said, “As anyone who’s read my blog knows, I’m a big fan of a certain long-running British SF TV series. One that started watching — from behind the sofa — when I was three. And while I know it’s cruel to make you wait for things, in about 14 months from now, which is to say, NOT in the upcoming season but early in the one after that, it’s quite possible that I might have written an episode. And if I had, it would originally have been called “The House of Nothing”. But it definitely isn’t called that any more.

Countdown. You’ve got about 14 months.”