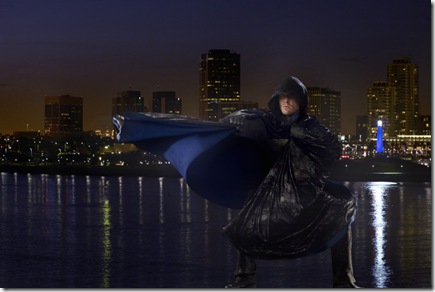 "The Cape" is a one-hour drama series starring David Lyons ("ER") as Vince Faraday, an honest cop on a corrupt police force, who finds himself framed for a series of murders and presumed dead.  He is forced into hiding, leaving behind his wife, Dana (Jennifer Ferrin, "Life on Mars") and son, Trip (Ryan Wynott, "Flash Forward").  Fueled by a desire to reunite with his family and to battle the criminal forces that have overtaken Palm City, Faraday becomes "The Cape" his son’s favorite comic book superhero — and takes the law into his own hands.  Rounding out the cast are James Frain ("The Tudors") as billionaire Peter Fleming – The Cape’s nemesis – who moonlights as the twisted killer: Chess; Keith David ("Death at a Funeral") as Max Malini, the ringleader of a circus gang of bank robbers who mentors Vince Faraday and trains him to be The Cape; Summer Glau ("Terminator: The Sarah Connor Chronicles") as Orwell, an investigative blogger who wages war on crime and corruption in Palm City; and Dorian Missick ("Six Degrees") as Marty Voyt, a former police detective and friend to Faraday. 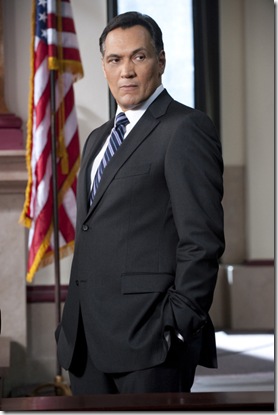 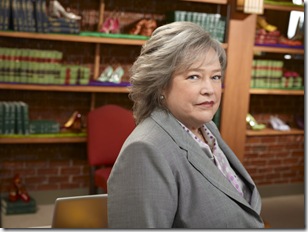 Harriet (Bates), Matthew (Ben Chaplin, “Me and Orson Welles”) and Malcolm (Aml Ameen, “Kidulthood”) couldn’t be any more different.  Harriet is a curmudgeonly ex-patent lawyer who, having just been fired from her cushy job, is completely disillusioned with her success and looking for a fresh start.  Her world unexpectedly collides with Malcolm’s — a young man trying to figure out life.  When he finds out Harriet is a lawyer, he begs her to represent him in an upcoming criminal case.  Matthew, a dreamer at heart and also recently fired from his job as a high school teacher, is introduced to Harriet through Malcolm, a previous student of his.  When these three cross paths, they realize they’re all looking for a fresh start.  Now, the most unlikely of people are starting a law practice in the most unlikely of places — a rundown shoe store.  “Harry’s Law” also stars Brittany Snow (“Hairspray”) as Harriet’s assistant, Jenna Backstrom and Beatrice Rosen (“Dark Knight”) as Eve, a high school French teacher. 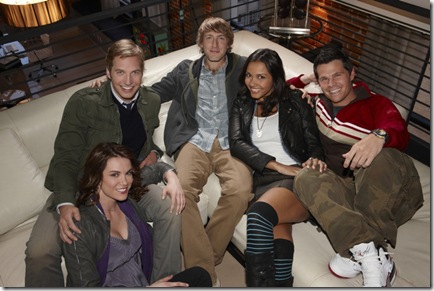 From Oscar and Emmy winner Brian Grazer (“A Beautiful Mind,” “Arrested Development”), “Friends With Benefits” is a half-hour comedy revolving around a group of twenty-something singles as they navigate the difficult, and often confusing, world of dating.  Ben Weymouth (Ryan Hansen, “Party Down”) is on the hunt for the perfect woman who meets his unique set of standards, while his best friend, Sara Maxwell (Danneel Harris, “One Tree Hill”), is just looking for a man to settle down with and raise a family.  Ben and Sara have fallen into the habit of turning to each other for moral and physical support as they wait for Mr. and Ms. Right to arrive.  Their friend Aaron (Fran Kranz, “Dollhouse”), a romantic at heart, doesn’t approve of Ben and Sara’s complicated friendship, but he, along with womanizer Hoon (Ian Reed Kesler) and straight shooter Riley (Jessica Lucas, “Cloverfield”), are all distracted with their own dating trials and tribulations.

The new  Law & Order: Los Angeles (LOLA) is a procedural crime drama that will follow the theme and storylines similar to the “Law & Order”-brand series on the streets of Los Angeles.  The series, from executive producer Dick Wolf and Blake Masters (“Brotherhood”), is a Wolf Films production in association with Universal Media Studios.  Casting and pre-production work are continuing.

One can only hope that Richard Belzer’s Detective John Bunch moves to L.A.