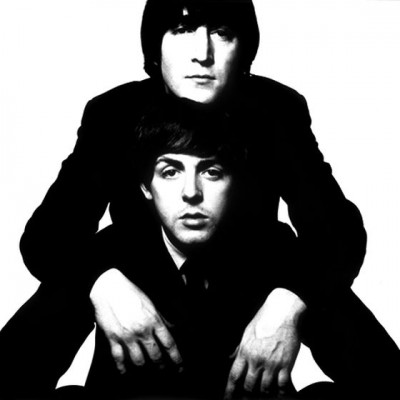 It’s that time again.  Tonight, we hear the Top 9 perform to the Lennon/McCartney song book.  This is always a hard week.  Songs from the Beatles, John Lennon and Paul McCartney are iconic and legendary.  I’m not a fan of their music, but it’s kinda hard to top what they have done.  A few years ago, David Archuletta had his moment when he sang “Imagine.”  It was flawless.  But does anyone else remember any of the other Idols singing memorable Beatles tunes?  Not me.  Nevertheless (I love that word), that’s the theme so let’s get to it.

We see a video montage telling us how great the songwriting due of Lennon and McCartney were.  They had 35 #1 hits.  That, I didn’t know.  Paul McCartney then sends a videotaped message (he’s on tour) to wish the Idols the best of luck.  Ryan questions the judges and asks Simon if the contestants should keep the songs the way they are or change them up.  Simon replies, “That’s a good question.  It depends.”  Ryan replies, “That’s a pathetic answer.”  And the bickering begins.  I really wish they would stop.  I don’t care if they really like each other.  I don’t care if they loathe each other.  These “fights” are just annoying so stop it already.

Commercial break and up first is…

Aaron Kelly  — “The Long and Winding Road” — The stylist is working his/her magic on the youngest Idol contestant.  He looks great.  He sounds great too.  I don’t like this song though.  Aaron performs it well though and gives it his country flair with a nice long close.  Overall, good job.  Randy says, “You’ve got a beautiful tone…the arrangement was so sleepy.”  Ellen says, “It felt like a long and winding song.”  Kara says, “You’ve got to be great and it hasn’t really reached that level yet.”  Randy says, “It was very old fashioned.  Very boring… You’ve got to become young and relevant.”

Katie Stevens — “Let It Be” — Katie does a really nice rendition of this song.  This is one of my favorite Beatle’s songs.  She changes it up just enough to make it her own.  She has had pitch problems in the past and she does well on this song with a nice close.  Randy says, “This is your best performance ever…those were hot vocals.”  Ellen says, “That is a perfect example of changing the song just enough to make it your own.”  Kara says, “You’re confident tonight…you never sounded better.”  Simon says, “Tonight, you got it right… it felt to me that you were singing it about somebody rather than being robotic.”   Although Simon goes on a weird rant about Katie singing country and this song leaned that way to which everyone shoots him down.

Andrew Garcia — “Can’t Buy Me Love” — Andrew does a rockin’ remake of this Beatle’s classic.  It has a jazz-rock fusion beat.  It’s a fun rendition.  His voice is smooth and he’s having fun.  He’s into it.  The judges should like this.  Randy says, “It was a really solid performance…a little corny at times for me.”  Ellen says, “I think it was the perfect song choice for you…I loved it.”  Kara says, “I just don’t know if I have seen anything new from you…I liked the breakdown though.”  Simon says, “It was corny, old-fashioned and kinda irrelevant.”

Michael Lynche — “Eleanor Rigby” — Michael does a very soulful rendition of this song and I have to say he makes me like the song.  He definitely adds a unique quality to it.  He made it current.  Randy says, “That could be a joint on the radio, on your album.”  Ellen says, “There are so many different sides of you.  I thought that was a huge risk…but I thought that was incredible.”  Kara says, “I thought that was fire.  Those vocals were amazing…you made that song commercial.”  Simon says, “I didn’t love it as much as the other three…this is the sort of thing you see and hear in musicals…I think it made you go slightly backwards.”  The judges then argue whether it’s too much like a musical or not.

Crystal Bowersox — “Come Together” — Crystal is just great.  Everything she does is magic.  She has a style that is all her own and she know how to control her vocals.  She’s very comfortable.  She owns this song.  She makes it hip, cool and fun.  Randy says, “Another solid performance…it definitely worked.  You’re in the zone.”  Ellen says, “You never cease to amaze me.”  Kara says, “I think this is one of my favorite performances that you’ve ever done.”  Simon says, “THAT is a song, a performance I can hear on the radio…that’s how you make a song contemporary”

Tim Urban — “All My Lovin'” — Tim is too pretty.  To me he feels like an actor who is playing the role of a singer.  I’m not all that familiar with this Beatle’s tune, but I feel like Tim is droaning on.  The melody doesn’t change that much.  I don’t care for it.  Randy says, “I think that was a much better performance than you’ve had in that last few weeks.”  Ellen says, “That was a really good performance.”  Kara says, “You can smile.  Smile.”  Simon says, “I thought you did really well tonight with that song.”  Simon also commends Tim on how he has reacted to their very critical reviews of his performances and says he is “proud of him.”

Casey James — “Jealous Guy” — Casey has a good voice no doubt, but this performance is soooooo boring.  I found my mind wandering.  Is it over yet???  Ugh… Randy says, “I was really impressed that you took this kind of leap…I loved that you did this.”  Ellen says, “That to me was your best performance to date.”  (Did I miss something?)  Kara says, “What you showed tonight was a vulnerability…it showed depth.”  Simon says, “Goldilocks, I think it was the best performance of the night.”  Goldilocks is a nickname the other contestants gave Casey.  Okay, maybe I zoned out.  The judges loved it, but I just didn’t get it.

Siobhan Magnus — “Across The Universe” — I really like Siobhan on this song.  It’s slowed down even more than usual and she sings a very restrained version for the most part.  It’s sad, but beautiful and she doesn’t scream in this one.  Simon should like that.  Randy says, “It was a little sleepy for me, but I like the whole tender side.”  Ellen says, “I am a big fan of people who march to their own drum and you do.”  Kara says, “You hit the notes, you showed control.  I just think it was very restrained and very polite.”  Simon says, “I think you came back much, much stronger (than last week).”

Lee DeWyze — “Hey Jude” — Lee on his acoustic guitar and does his thing.  He is so solid and he has no idea how good he really is.  This is a great performance from him and the audience goes wild. Randy says, “It was another hot one for you.”  Ellen says, “The confidence you showed tonight, you were smiling tonight…I loved it.”  Kara says, “There were some good moments.  There were some off moments.”  Simon says, “The bagpipe player walked down the staircase and it was like he turned up on the wrong show.”  Lee had a bagpipe player in his performance.  I liked it.

Tomorrow night… RESULTS.  Also on hand…Rhianna and David Archuletta perform, but not together!!!  Okay, prediction time.  This one is hard for me… we’re still eliminating weak contestants.  That leaves us Katie Stevens and Tim Urban.  Both have consistently been in the bottom three.  I’m going to say Katie Stevens goes home.  Until tomorrow night…