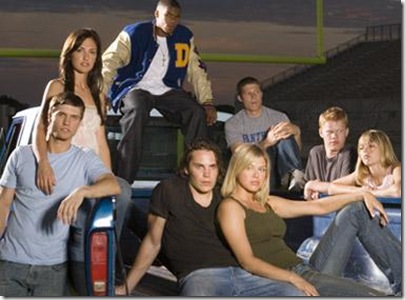 Expanding on the hit feature film and best-selling book “Friday Night Lights,” the award-winning show centers on life in Dillon, Texas, where high school football brings the community together — and the drama of small town life threatens to tear it apart. The series debuted on October 3, 2006 on NBC. Beginning in October 2008, the third and fourth season of the drama began airing on satellite provider DirecTV’s The 101 Network and were rebroadcast on NBC.