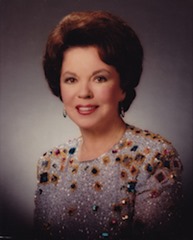 Shirley Temple Black, who died yesterday at the age of 85, was a talented actor and civic-minded woman who became the U.S. Ambassador to two countries as well as being a dedicated family person – who just happened to have been the most famous person in the world when she was all of 6-years old (and the youngest Oscar® recipient ever).

TCM is honoring the memory of this unique and extraordinary person with an evening of her most popular films on March 9th beginning at 4:30/3:30C. Titles include Heidi, Stowaway and The Little Princess. Follow the jump for the press release – including all eight titles and screening times.

Turner Classic Movies (TCM) will pay tribute to Hollywood legend and U.S. Ambassador Shirley Temple Black with a night of her films on Sunday, March 9. Known forever as “America’s Little Darling,” Temple Black passed away at the age of 85 at her home in Woodside, Calif.

“Shirley Temple was a good friend and an extraordinary human being who, after being the most famous person in the world at age 6 and Hollywood’s pint-sized Queen at age 7, grew up to be such a lovely, civic-minded citizen, wife and mother, as well as the U.S. Ambassador to two countries,” said TCM Host Robert Osborne. “There will never be another one like her.”

TCM’s tribute to Temple Black will open with a special afternoon showing of the classic Heidi (1937) and will include such beloved favorites as Stowaway (1936), Bright Eyes (1934), The Little Princess (1939) and The Bachelor and the Bobby Soxer (1947). The complete schedule is as follows:

Turner Classic Movies (TCM) is a Peabody Award-winning network that presents great films, uncut and commercial-free, from the largest film libraries in the world. TCM, which is available in more than 85 million homes, features the insights of hosts Robert Osborne and Ben Mankiewicz, plus interviews with a wide range of special guests. Currently in its 20th year as a leading authority in classic film, TCM offers critically acclaimed original documentaries and specials; film series like The Essentials, hosted by Robert Osborne and Drew Barrymore, and Friday Night Spotlight, with a different host and topic each month; and annual programming events like 31 Days of Oscar® in February, Summer Under the Stars in August and TCM Essentials Jr. during the summer. TCM also connects with movie fans through such events as the annual TCM Classic Film Festival in Hollywood and the TCM Classic Cruise, as well as through the TCM Classic Film Tour in New York City. In addition, TCM produces a wide range of media about classic film, including books and DVDs, and hosts a wealth of material on the TCM website (tcm.com), where fans can access the TCM Movie Database, message boards, blogs and more.