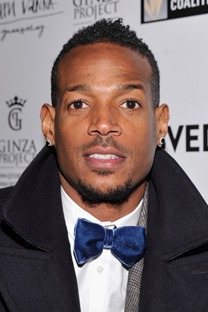 This is an unscripted series I might actually watch – Funniest Wins (working title), the new comedy competition series from Marlon Wayans and TBS in which Wayans and some his comedian friends and family members head out to find the funniest multi-talented comedian out there. The show will seek out talent in any comedic form – sketch, improv, musical parody, online shorts.

Funniest Wins will join TBS’ lineup of lineup of comedic competition shows which includes King of Nerds and Deal With It. TBS has ordered eight episodes. For more, check out the press release after the jump.

TBS is teaming up with comedy heavyweight and WhatTheFunny.com founder Marlon Wayans (Scary Movie, In Living Color, The Wayans Bros.) on a new competition series that’s all about the laughs. The network has greenlit Funniest Wins (working title), in which Wayans, along with some of his comedian friends and family members, will set out to find the funniest multi-talented comedian out there today. Funniest Wins joins TBS’s popular lineup of comedic competition series, including King of the Nerds, which is currently in its second season on Thursday nights, and Deal With It, which returns for a new season on March 19.

These days, comedy comes in all forms, from sketch to improv and from musical parodies to online shorts. And in this one-click digital age, pretty much anyone and everyone can take a shot at becoming a successful comedian. TBS’s Funniest Wins is on a mission to find out who really is the funniest: the overnight sensation getting millions of hits on YouTube, or the performer who’s been honing their craft for years.

On Funniest Wins, the goal is simple: Make people laugh, or go home. The new series will open with a group of comedic competitors of various types, including both professionals and amateurs. Each week, guided by Marlon Wayans and a rotating crew of guests, these competitors will learn the ins and outs of a particular comedy style. They will then put what they’ve learned to the test in that week’s main competition. At the end of each round, the field of competitors will narrow as one comic is sent packing.

The season will climax with one winner being selected to receive not only a cash prize but also the chance to star in an online series for Wayans’ online comedy destination WhatTheFunny.com.

Eyeworks USA is one of television’s most prolific producers of reality and non-fiction programming, producing shows grounded in the ability of people to change and transform their lives. Current series include Extreme Weight Loss, in season four for ABC; Bar Rescue, in season four for Spike (the network’s #1 show across all male demos); My Cat from Hell, in season five for Animal Planet; LA Hair, in season three for WEtv; My Big Fat Revenge, for Oxygen; and new hit Syfy series Opposite Worlds. JD Roth and Todd A. Nelson are also known for producing the first 11 cycles of the award-winning The Biggest Loser for NBC. Other Eyeworks series include Family S.O.S., with Jo Frost for TLC, and TV Land’s Forever Young, as well as the long-running, genre-creating franchise for VH-1, Beauty and the Geek.

TBS is basic cable’s reigning champion among young adults in primetime. Available in 101 million households, TBS features original scripted comedies like Cougar Town, Ground Floor, Sullivan & Son and Men at Work, as well as American Dad!, which will become a TBS original series in late 2014. TBS also features original unscripted series like King of the Nerds, Deal With It and Trust Me, I’m a Game Show Host, as well as the upcoming CeeLo Green’s The Good Life and Funniest Wins (working title). In late night TBS, is home to the Emmy®-winning series CONAN, starring Conan O’Brien, and The Pete Holmes Show. The TBS lineup also includes popular contemporary comedies, such as The Big Bang Theory and Family Guy, along with blockbuster movies and championship sports.