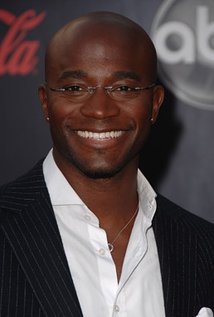 The premise of the show this: in order to win big prizes, contestants work together in teams and are challenged to complete a variety of simple, everyday tasks, from frosting a cake to blowing up balloons…after being hypnotized.

Keith Barry, world renowned TV hypnotist, mentalist and brain hacker, who starred in the original UK version of the show, will be the resident hypnotist.

The series goes into production in july. For more, follow the jump.

“The second I saw this show I knew I needed to be a part of it. It’s the most unique blend of comedy and competition I’ve seen in years,” said Diggs. “I’m also quite excited as this is a program I can watch and laugh at with my six-year-old son.”

Based on the smash-hit U.K. format of the same name, YOU’RE BACK IN THE ROOM (wt) features physical comedy and unpredictable situations, as contestants work together in teams and are challenged to complete a variety of simple, everyday tasks, from frosting a cake to blowing up balloons…after being hypnotized. With big money at stake, these contestants need to work together as a team, but their entranced state causes hysterical hurdles that unwittingly sabotage their progress.

The series will begin production in July.

Taye Diggs currently stars as “Detective Terry English” in the drama series “Murder in the First,” currently in its third season. Diggs recently concluded a multi-episode arc on FOX’s hit drama series, ROSEWOOD, before ending his run in the title role of Broadway’s “Hedwig and the Angry Inch,” historically marking the first time an African-American took on the title role. He recently wrapped production on the upcoming feature film “One Shot,” opposite Topher Grace. Other TV credits include “Private Practice,” “Daybreak,” “Will & Grace,” “Ally McBeal” and “Kevin Hill.” In 2013, Diggs appeared in “The Best Man Holiday,” the sequel to the hit feature comedy “The Best Man,” in which he also was featured. Additional film credits include “Baggage Claim,” “The House on Haunted Hill” and “Go.” He also is the author of two children’s books.

Keith Barry is the world’s leading TV hypnotist, mentalist and brain hacker. He has toured for many years showcasing his skills across the globe and has starred in over 40 international TV shows, his most recent being the U.K. version of “You’re Back in the Room.” Barry also starred in cable’s “Deception with Keith Barry” and the Irish TV Studio series “Brain Hacker.” He also has appeared many times on “The Ellen DeGeneres Show,” “Jimmy Kimmel Live!” and “Conan,” among others. Barry has been awarded both the prestigious Merlin Award for “Mentalist of the Year 2009,” and “Best Magician in Las Vegas 2009,” as voted for by the Las Vegas Review Journal. His TED talk has been in the Top 20 TED Talks since 2008 and it currently has over 10 million views on the TED Talks website and over 30 million views in total. Barry is the Chief Magic and Mentalist Consultant on the upcoming feature film “Now You See Me: The Second Act,” slated to premiere in June.

“You’re Back In The Room,” produced by Tuesday’s Child, debuted in the U.K. as the No. 1 new unscripted entertainment series in 2015, ending its first season as a Top 10 series overall. The series is currently airing its second season and the format has been produced in France, The Netherlands and Australia and optioned internationally in multiple territories, including Belgium, Brazil, Chile, Columbia, Denmark, Germany, Italy, New Zealand, Norway, Peru, Portugal and Spain.

YOU’RE BACK IN THE ROOM (wt) is executive-produced by Tuesday’s Child in association with BBC Worldwide Productions. Karen Smith and Joe Sungkur serve as executive producers.