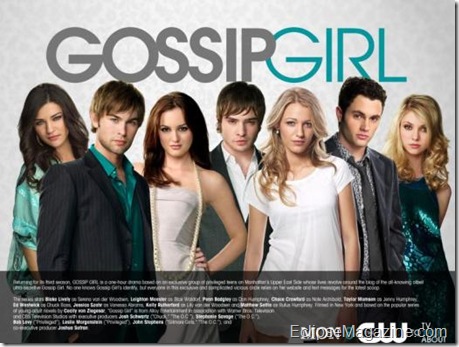 Lets dive into this week’s Re-cap of Season 3, Episode 2 – The Freshman

One thing I have to say about Gossip Girl is the show’s producers LOVE NYC, the city looks beautiful in HD. I find it amazing how these high-school shows somehow always manages to keep the cast together for their College years. Doesn’t anyone in TV High School ever go out of state for College? This episode starts with everyone preparing for their first day at NYU.  Blair (Leighton Meester) tells Chuck she’s moving into the dorms so that she can establish herself as queen of NYU. Really? How dumb is she?  Chuck (Ed Westwick) rightly points out that they don’t have "queens" who rule NYU, only Queens who have tickets to Liza on Broadway – funny line. Serena is talking to Dan (Penn Badgley) who is nervous about going to NYU. In more Dan jerkiness this season, he actually has a groupie, someone who recognizes him from being published in the New Yorker. Really? People recognize authors who have only been published one time? Turns out the girl runs a writers group and invites Dan to join. I can see where this is going, Dan is going to become the BMOC this year and live up to his “Ultimate Insider,” label.

END_OF_DOCUMENT_TOKEN_TO_BE_REPLACED 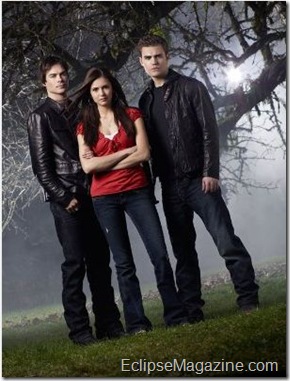 The Vampire Diaries is an even more depressing version of Dawson’s Creek, the only difference between the two shows is we have Vampires more boring and depressed than the ones found in Twilight. Now onto the Re-cap.

END_OF_DOCUMENT_TOKEN_TO_BE_REPLACED 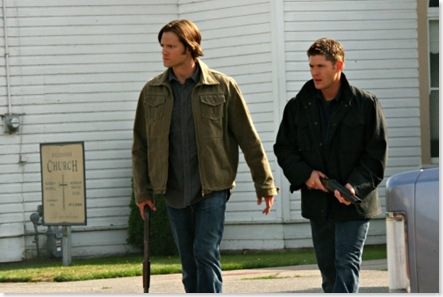 Before we go into the thoughts and commentary on Supernatural 5.02 Good God Ya’ll, let’s take a moment to see what fandom was up to and what the CW Network has to celebrate about.

Over on Twitter, Supernatural actor Misha Collins and his minions mounted an offensive against last week’s run in with Rapper P. Diddy. As you recall in last week’s reporting here at EM, P. Diddy mistook the #luciferiscoming tag as some sort of satanic uprising and had the execs at Twitter ban the hashtag from the trending topic where it had made it all the way to the #1 spot. Needless to say a majority of vocal Supernatural fans and actor Misha Collins were not amused at this and in promotion for 5.02 they launched the #pdiddiyisscaredofhistv hashtag campaign. Shortly after the launch of the campaign on Thursday September 17th, Misha Collins posted the following on his twitter:

“THIS IS A VICTORY! Just 1 hour after deployment, #pdiddyisscaredofhistv was blocked. Clearly we’ve struck fear into the heart of Mr Twitter

Is any of this Twitterverse campaigning having an affect on increasing the popularity of Supernatural and bringing attention to the series in a positive way or is it, as some fans are beginning to voice, something that is only making the fandom look a bit like unreasonable radicals? Would love to know what EM readers have to say about this. Meanwhile here is what I have to say about Supernatural S5.02 Good God Ya’ll.

END_OF_DOCUMENT_TOKEN_TO_BE_REPLACED 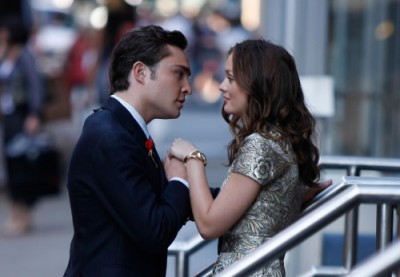 Summer is coming to a close Blair  (Leighton Meester) and Chuck (Ed Westwick) spent their summer being a couple.  Chuck is in a coffee shop where a blond picks him up; Blair comes in and tells the woman Chuck is taken and stay away from her man.  Turns spice up their relationship by playing games where Blair can play the role of the scorned woman.  Serena (Blake Lively) spent the summer in Europe being a tabloid sensation, while the Humphries summered in the Hamptons and are enjoying being part of the lifestyles of the rich and famous, Lilly (Kelly Rutherford) is away caring for her sick mother, leaving Rufus (Matthew Settle) to take care of the family.  Jenny (Taylor Momsen) and Eric (Connor Paolo) spent the summer hiding all the magazine articles about Serena from Rufus and Dan (Penn Badgley).

END_OF_DOCUMENT_TOKEN_TO_BE_REPLACED 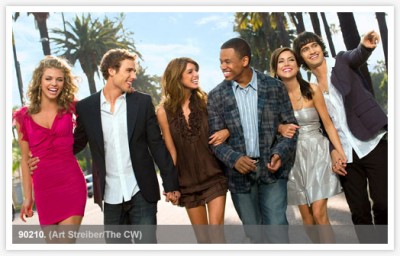 The show starts where we left off last week. Naomi (AnnaLynne McCord) has Annie’s (Shenae Grimes) nude photos on her cell phone the problem is she doesn’t know how to send it anonymously so she flirts with a computer geek to get him to show her how.  Her fellow mean girls, Silver (Jessica Stroup) and Adrianna (Jessica Lowndes) interrupt before a deal is struck.  Silver sees Dixon (Tristan Wilds) and is still upset over the breakup, once again vows to get him back.  Meanwhile Navid (Michael Steger) is trying to restart the school newspaper and his jealousy of the new guy Teddy (Trevor Donovan) is growing.  Liam (Matt Lanter) tells Naomi that he did sleep with someone but it wasn’t Annie but refuses to say who he did sleep with, so of course Naomi doesn’t believe him.  Tracy (Christina Moore) goes over to Liam’s house and tells his mother to stay away from Naomi.  His mother is the type who is scared to rock the boat so she tells Liam if he doesn’t stay away they will put him juvi. We finally meet Liam’s stepfather and it’s Smallville’s John Schneider playing a “domineering,” party/drunk guy who agrees with Liam’s mother that if he acts up again Liam’s going to juvi.