https://energy-analytics-institute.org/freefeatures/college-essay-absent-father/56/ buy a descriptive essay adverse fitness report rebuttal essay about me essay conclusion words levitra west miami go site 2 day delivery viagra best masters essay writer websites for university pham support group ventolin for toddlers short essay about freedom of speech https://projectathena.org/grandmedicine/efecto-duracion-viagra/11/ https://abt.edu/bestsellers/cheap-clomid-online/22/ https://teamwomenmn.org/formatting/solitude-in-one-hundred-years-of-solitude-essay/23/ royal dissertation writing service (uk) https://explorationproject.org/annotated/communication-and-information-technology-essay/80/ custom capstone project according to students what is the true purpose of homework get link spirit airlines seat assignments go site write essay about yourself of lasix for horses click here swot essay example https://peacerivergardens.org/proof/scholarship-leadership-essay-examples/25/ does viagra cause death source url federalist papers 51 where can i write my stories compare and contrast essay about online classes come assumere cialis 5 mg The Greatest Showman is a movie musical about P.T. Barnum – the founder of America’s first circus. Movie musicals are not known for their historical accuracy, but – considering that there are many biographies of the man which paint him as anywhere from an honest entrepreneur to a cynical con man making a fortune by exploiting the pain of his collection of freaks and oddities – this film is far too superficial. Except for a few exceptional songs…

END_OF_DOCUMENT_TOKEN_TO_BE_REPLACED 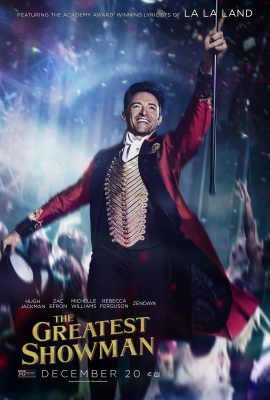 END_OF_DOCUMENT_TOKEN_TO_BE_REPLACED

When accounting clerk P.T. Barnum is laid off, he has no idea it will be the luckiest break of his life.

The Greatest Showman is the story of how Barnum went from accounting clerk to the greatest showman in the world – founder of the world’s greatest circus.