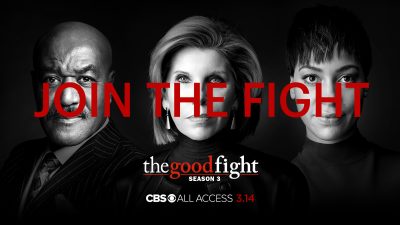 CBS All Access has announced the premiere date for season three of The Good Fight – March 14.

Check out the delightful trailer below.

END_OF_DOCUMENT_TOKEN_TO_BE_REPLACED

On top of all the chaos going on in their personal and professional lives, Diane, Lucca, Maia and the rest of the law firm find themselves under psychological assault when a client kills his lawyer for overcharging and a copycat killer emerges.

Season two of The Good fight premieres on CBS All Access on Sunday, March 4th. New episodes roll out on successive Sundays.

END_OF_DOCUMENT_TOKEN_TO_BE_REPLACED 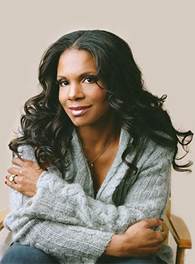 Audra McDonald has joined the cast of CBS All Access drama The Good Fight as a series regular.

She reprises her The Good Wife role as tough United States attorney Liz Lawrence – with a close connection to another regular character on the show.

The second season of The Good Fight will premiere in early 2018.

END_OF_DOCUMENT_TOKEN_TO_BE_REPLACED

CBS All Access exclusive series The Good fight has been renewed after barely a few episodes.

The first season of The Good Fight can be streamed on CBS All Access with new episodes available on Sundays.

END_OF_DOCUMENT_TOKEN_TO_BE_REPLACED

The Good Fight (CBS All Access, Sundays) may be a spin-off from The Good Wife but its first two episodes are as good as anything from that show’s run.

The stunning two-hour premiere opens with characters and familiar, seamlessly integrating the two into a new environment – an environment without the Florricks, but with Diane Lockhart moving from the penthouse to the outhouse and back in a way that feels natural and unforced, and surrounds her with a new cast of equals that equals the one she’s moved on from.

END_OF_DOCUMENT_TOKEN_TO_BE_REPLACED 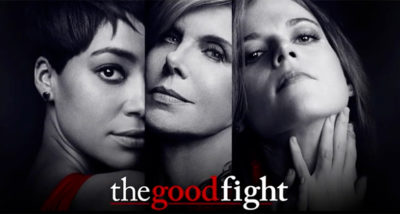 The Good Fight has its first trailer… and it’s a doozy!

In the new series, an enormous financial scam has destroyed the reputation of a young lawyer, Maia Rindell, while simultaneously wiping out her mentor and godmother Diane Lockhart’s savings. Forced out of Lockhart & Lee, they join Lucca Quinn at one of Chicago’s preeminent law firms.

The good fight premieres on Sunday, Feb. 19 at 8:00 PM, ET on-demand on CBS All Access, the CBS Television Network’s digital subscription video-on demand and live streaming service. In addition, a special broadcast of the premiere episode will air on the CBS Television Network that same night, Sunday, Feb. 19 at 8:00-9:00 PM, ET/PT. Check out the new trailer after the break.

END_OF_DOCUMENT_TOKEN_TO_BE_REPLACED

The first scripted series to air on CBS’ streaming service, CBS All Access, The Good Fight has a premiere date.

The series – a sequel to CBS award winner, The Good Wife, will premiere on CBS All Access on Sunday, February 19, 2017 (8/7C) – with a simulcast special preview broadcast on CBS. (After the premiere, episodes of The Good Fight will be found exclusively on CBS All Access.)