The first teaser for TNT’s Animal Kingdom (below) suggests that at least one of her boys is out of control.

END_OF_DOCUMENT_TOKEN_TO_BE_REPLACED

TNT has renewed its hit dramas, Animal Kingdom and Claws – both of which showed season over season growth.

END_OF_DOCUMENT_TOKEN_TO_BE_REPLACED

The current season runs on Tuesdays (9/8C) and with its season finale due on August 29th.

END_OF_DOCUMENT_TOKEN_TO_BE_REPLACED 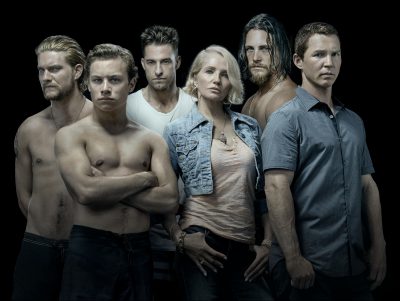 END_OF_DOCUMENT_TOKEN_TO_BE_REPLACED

TNT’s Animal Kingdom is an adaptation of the critically acclaimed Australian film of the same name (look it up – it’s great!).

When 17-year old Joshua Cody is orphaned – his mother dies of a heroin overdose – he’s taken in by by relatives and discovers that their extravagant lifestyle is fueled by criminal activities.

END_OF_DOCUMENT_TOKEN_TO_BE_REPLACED

When 17-year-old Joshua “J” Cody (Cole), who moves in with his freewheeling relatives – after his mother dies of a heroin overdose – he has no idea that they are as much a criminal organization as they are a family.

TNT’s Animal Kingdom, based the cult hit Australian movie for the same name, is set to debut on Tuesday, June 7th. Follow the jump to check out the new trailer.