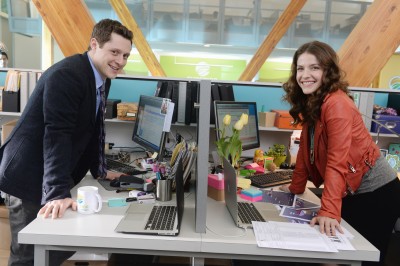 The series – in which Kevin, believing he has a new job overseas, tells the woman he’s had a crush on how he feels – only to discover that the new job has evaporated, leaving him stuck in the same job and still working with her – will premiere on ABC Family on Wednesday, August 12th (8/7C).