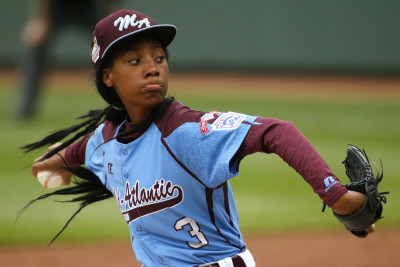 When Mo’ne Davis pitched a shutout at the Little League World Series in August 2014, my first thought (after cheering the first girl to achieve such a milestone) was, ‘Wow! How long before someone makes a movie about her?’

Well, Throw Like Mo is the movie I was expecting. It’s being developed for Disney Channel and Davis will consult on it. No target airdate was announced, but you can check out the press release following the jump.