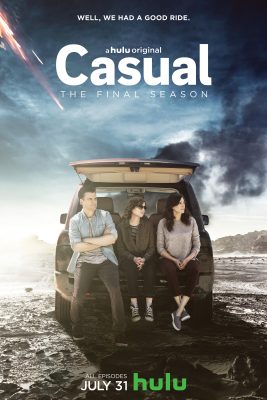 There’s a time jump in the final season of Casual – and there have been some big changes. Unfortunately, relationship stuff remains as messy as ever.

Hulu’s Casual returns for its fourth and final season on July 31st.

END_OF_DOCUMENT_TOKEN_TO_BE_REPLACED

Hulu has announced the premiere date for the fourth and final season of Casual.

The Golden Globe-nominated series will premiere its final season on July 31st.

END_OF_DOCUMENT_TOKEN_TO_BE_REPLACED 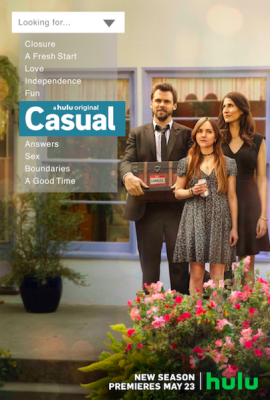 When circumstances force a bachelor, his divorced sister and her teenaged daughter to move into together, the brother and sister find themselves coaching each other through the crazy world of modern dating.

Heading into season three, things are not exactly going swimmingly for them, but they’re family…

Casual: Season Three premieres on Hulu on May 23rd.

END_OF_DOCUMENT_TOKEN_TO_BE_REPLACED 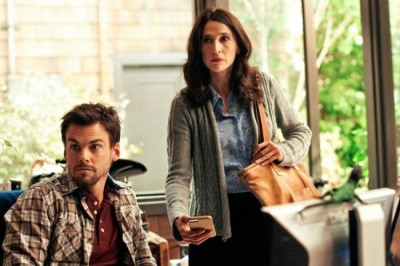 Hulu has announced a second season for its new series Casual.

The series deals with a dysfunctional family in which bachelor brother Alex and newly divorced sister Valerie try to coach each other through the crazy world of on-and-offline dating.

Hulu continues rolling out first season episodes on Wednesdays, with today’s fourth episode in which Alex returns to work to work for the first time in weeks, while Valerie breaks one of his cardinal rules of dating. For more, follow the jump.