For the Split Screen Festival, a major focus in 2018 will be diversity – from platforms and voices to genders and races both in front of and behind the scenes; as well as thoughtful perspectives and insights about America’s favorite pastime from some of television’s most popular casts and creators.

Split Screens will offer a snapshot of the landscape, where television is today and where it is heading with premiere episodes of highly anticipated new pilots, a refreshing look back at culturally relevant franchises and explore the future of content through the lens of a new generation of rising talent.

The 2018 Split Screens Festival will take place at New York’s IFC Center from Thursday, May 31 through Sunday, June 3. The Festival’s full lineup will be announced in April.

END_OF_DOCUMENT_TOKEN_TO_BE_REPLACED 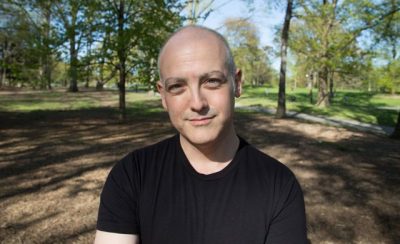 The first Split Screens Festival will be curated by RogerEbert.com editor-in-chief/critic, Matt Zoller Seitz (above right).

The Split Screens Festival will showcase the best of the year’s scripted originals, with directors, producers, showrunners and cast appearing in person for in-depth conversations about the art of making great TV. Split Screens will also premiere episodes of eagerly anticipated new pilots.

Tickets will go on sale in early May.