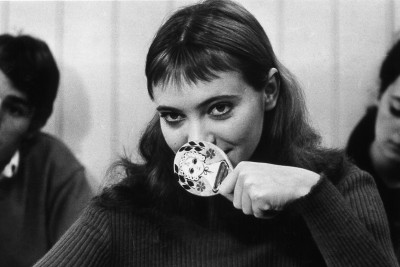 Jean-Luc Godard’s classic New Wave caper movie Band of Outsiders is opening in Los Angeles’ film Forum on May 6th – with its female lead, Anna Karina, in the house for an interview/Q&A session following the 7:30 screening.

Band of Outsiders will play at Film Forum May 6th-12th. For the trailer, showtimes and more, follow the jump.

END_OF_DOCUMENT_TOKEN_TO_BE_REPLACED

I am about to do something crazy – over the course of eleven days, between September 18th and 28th, I am going to try to see way too many movies from around the world and tell you about them.