On Saturday, Encore Westerns will remember James Garner with a marathon including the first twelve episodes of Maverick and the the films A Man Called Sledge, Support Your Local Gunfighter and Skin Game. The marathon will begin at 8am/7amC.

END_OF_DOCUMENT_TOKEN_TO_BE_REPLACED 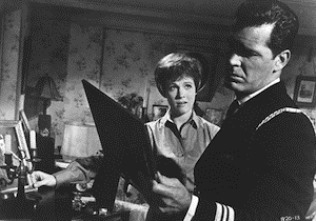 Without Bret Maverick, there’s a decent chance we would never have had Han Solo. James Garner’s reluctant hero/antihero changed the game forever – but Garner was no mere television star. In an era when moving between film and television was unheard of, he did it with seeming impunity – always playing characters that more than the usual going on behind their eyes.

He could woo Doris Day, fight Bruce Lee or duck behind the bar with the same ease – though his characters never quite seemed to be as at ease as he was. He co-starred with some greats – Marlon Brando, William Holden, Randolph Scott, Julie Andrews and Lee Remick to name a few.

Besides Maverick and The Rockford Files, he starred in movies like The Great Escape, Mister Buddwing, The Children’s Hour and Victor/Victoria – the last three of which will be included in the TCM Remembers James Garner marathon scheduled for Monday, July 28th.