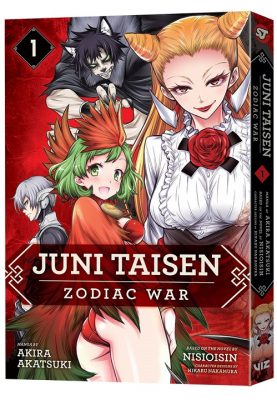 Juni Taisen: Zodiac War depicts the exploits of 12 supernatural fighters embroiled in a tense fight to the death and is based on the hit Japanese light novel by the prolific multi-genre author NISIOISIN. The novel was also adapted into an anime of the same name.

Every 12 years, 12 fighters take the form of the Chinese zodiac and engage in a battle royale. With their strength and mysterious powers, they fight to the death and the sole survivor is granted the ultimate prize – any wish.

The manga series will launch on October 2nd in print and digital. New issues will be released quarterly.

END_OF_DOCUMENT_TOKEN_TO_BE_REPLACED 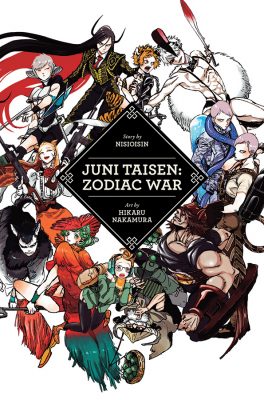