Almost forty years ago, Han Solo bounded onto movie screens around the world as a fully formed rougish scalliwag of galactic proportions. Since then – even as we delighted in his every appearance – we’ve wondered how he came to be the… unusual(?) guy he was.

Solo: A Star Wars Story tells that story and – in a new featurette – director Ron Howard and members of the cast talk about how Solo became scruffy nerf herder we all know and love.

Solo: A Star Wars Story opens on May 25th.

END_OF_DOCUMENT_TOKEN_TO_BE_REPLACED 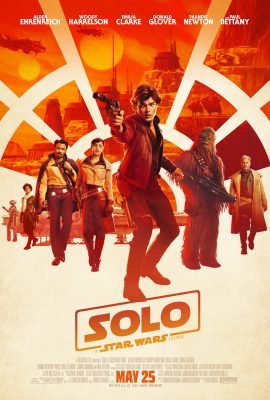 ‘If you come with us… you’re in this life for good.’

Han Solo: A Star Wars Story opens on May 25th. Check out the new trailer below.