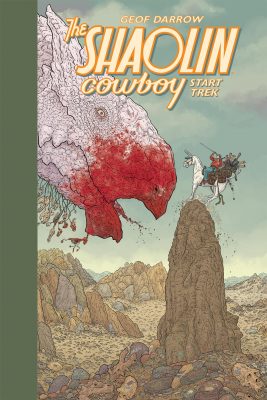 Dark Horse Books is boldly going where they have never gone before – publishing Geof Darrow’s Shaolin Cowboy: Start Trek and bringing a classic, hard-to-find masterpiece back into print.

Geof Darrow’s Shaolin Cowboy: Start Trek will be in comics shops on July 11th, and in bookstores on July 17th.

END_OF_DOCUMENT_TOKEN_TO_BE_REPLACED 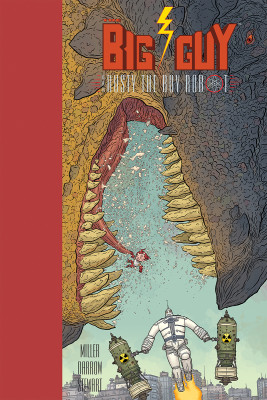 Big Guy and Rusty the Boy Robot are getting the deluxe hardcover treatment from Dark Horse Comics. The series, from Frank Miller and Geof Darrow, recounted the adventures of the giant American robot, Big Guy, and his Japanese-made sidekick, Rusty the Boy Robot – and was so popular it became an animated TV series.

Big Guy and Rusty the Boy Robot will be released in October but you can preorder now. For details, follow the jump.