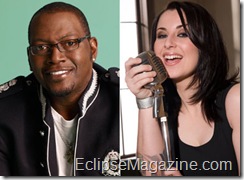 Hey, it’s another week of America’s favorite Karaoke show.  It’s about 8:30 now, so I’ll give my DVR another 10 minutes before I start my weekly report. But I can tell you it’s Dolly Parton night so, it’ll be a miracle if I’ll make it through tonight’s installment.  But mercifully, it’s only an hour episode, so I should be able to speed through this in about 20 minutes.  While I wait, I’m going to take a Super Mario Galaxy break, I’m stuck on a level that is starting to frustrate me.

Ok, it’s now time to watch the show. First let me say, I just hate these star weeks, there’s something wrong when you have these major stars willing to sell their souls to be on Idol. Remember last year when one of them – I forget who said Sanjaya was a powerhouse? Ish.  So there’s no point in watching Dolly talk about how wonderful everyone is.

First up is my favorite Idol of this year’s crop – Brooke White. I don’t know any Dolly Parton songs, so I’m not even going to try and guess what this is. But as Randy would say Brooke is laying it down. Brooke is definitely the dark horse in this competition. She has a good – not great voice, but she’s been really smart in her song choices. She just has such a generic look and personality.  Randy thought it was ok, who cares what Paula says, and Simon hated it.

END_OF_DOCUMENT_TOKEN_TO_BE_REPLACED 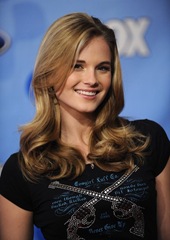 Hey, I’m back with another round of Idol Watch – sorry I don’t have a catchy original name for this.  Last week I attended a screening and got home late, so I wasn’t in the mood to stay up until 2am to discuss another round of bad karaoke – especially after I saw that they were going to butcher the Beatles for a 2nd week in a row.  As I write this, we’re about 10 minutes into the show. I have to give it another 40 minutes on my Tivo before I can actually turn it on and start watching. What to do during this down period? I think I’m going to play a little of the new Halo 3 Heroic Maps for an hour.

Ok, I played a little Halo, remembered why I hate that game. But I did get my kill on with the Swords until some annoying kid came on and ruined the match for the rest of us.  Now I’m primed and ready to watch Idol. It’s funny, I hate being in DC because my Idol tickets came through last week for tonight’s taping! So if things were different I would be blogging from the show itself.  I’m waiting for them to announce tonight’s theme.  Ah, it’s "the year they were born."

END_OF_DOCUMENT_TOKEN_TO_BE_REPLACED

Ok, I wasn’t going to talk about or watch American Idol this season. I’m basically over it, I started a few seasons ago with Taylor Hicks and stuck with it last year. But this year I bailed on the show after the 2nd episode of the year. Promising to come back to it when they actually get past Hollywood week. So I started watching a few weeks ago. Who the hell are these people?? It’s clear the judges want a set outcome this year, they don’t want another Taylor Hicks or a Fat Black Girl. This year they are stacking the deck with men who look, act, and sound like women and women who all look like they belong in the Aryan Nation.

It’s just surreal watching this train wreck. Everyone is universally bad, but it’s painfully obvious that the judges are more than ever trying to direct the outcome of this year’s show – even more than normal. Their inexplicable praising of Danny Noreiga (or whatever the hell his name is – don’t expect me to spell the names of any of these no name, no talented hacks). He butchered Elvis during 60s week, don’t know what he sang last week, and for 80s week he butchered Tainted Love. In all three week Randulla praised how good he looks and “we know you can sing, just let it go.” Then there’s America’s treasure Simon saying he hated everything about the kid.

After that the other person who I don’t get is this 17 year old David Archuleter. He is AWFUL, yes, he has an ok voice. But it’s all “rote,” there’s no passion or emotion in it. He destroyed Imagine last week and this week he destroyed Just Another Day in Paradise. But again the judges praised him to heavens and according to Simon “He’ll definitely make it to the top 2.”

Luke Menard, the only manly man in the competition opened with Wham’s “Wake Me up before you Go Go,” and again destroyed the song. I’m not going to go into the rest. David Hernandez talked about his giant boogers. Yeah, that’s someone I want to watch after hearing that story. I’ll fast forward over his performance. The only thing that I do like this season is they are allowed to play instruments. Too bad it’s wasted on such an unbelievably bad crop. I’m a child of the 80s, that’s my decade and every one of tonight’s performers destroyed all of the tunes.  And why, week after week are they picking the most boring songs they can possibly find? I would love to see the American Idol song sheet, to see what’s going on.

The only thing Randy knows how to say is “It’s a little pitchy, started off slow, but it came together in the end.” Paula looks and sounds drunk And I thought the public was supposed to be voting? Simon is guaranteeing certain people will go far. Does he know something we don’t? Or does he just assume the public will follow exactly what he says? This season is terrible, but it’s like a car wreck, I can’t turn away.