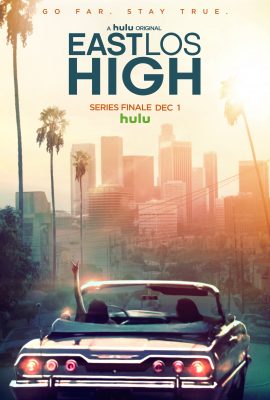 After the fourth season finale – the one with all. those. cliffhangers. – the series finale is almost here.

END_OF_DOCUMENT_TOKEN_TO_BE_REPLACED

East Los High has become the first Hulu Original series to be given a fourth season order. – it was announced today that the series had been given an order for 12 more episodes.

Set in a fictional high school in East Los Angeles, the Emmy-nominated series was the first English-language show with all Latino cast, creators and writers. For more, follow the jump.