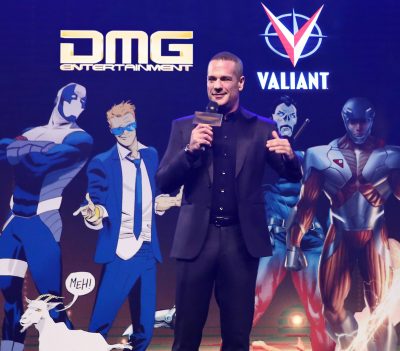 DMG (Looper, Iron Man 3) currently has the previously announced “Bloodshot” and “Harbinger” feature films and TV shows based on Valiant’s Quantum and Woody and Doctor Mirage in development.