Production has begun on the new animated Star Wars series, Star Wars Rebels, for Disney’s global XD channels. The production is lead by writer/producer Simon Kinberg (X-Men: First Class, Sherlock Holmes, Mr. & Mrs. Smith), who is an executive producer of the series and will write the series premiere. He will be joined by the force (sorry…) behind Star Wars: The Clone Wars, Dave Filoni, who will be an executive producer. Rounding out the executive producers is Greg Weisman (Young Justice, The Spectacular Spider-Man and Gargoyles).

The series will have a one-hour event premiere on Disney Channel in fall 2014 then proceed as a half-hour series on Disney XD, globally. There is no word on when/if we will see the remaining episodes of Star Wars: The Clone Wars.

END_OF_DOCUMENT_TOKEN_TO_BE_REPLACED 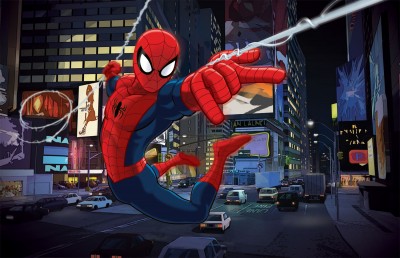 Spider-Man must lead his team of teen heroes against the greatest assembly of super villains the world has ever seen—The Sinister Six! Season Two of the hit series, ULTIMATE SPIDER-MAN, continues as Spidey helps White Tiger come to terms with her powers as she’s being tracked by a villain from her past – KRAVEN THE HUNTER! 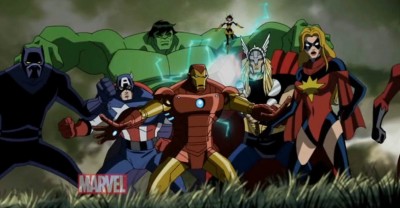 Assemble!! Marvel’s The Avengers hits the big screen May 4… But in the meantime, get your hero fix with Marvel TV’s trailer for season 2 of The Avengers: Earth’s Mightiest Heroes, premiering April 1 inside Marvel Universe on Disney XD! The Avengers have fought against some of the most powerful and dangerous super villains in the world. But just when the team thought they had things under control, new threats emerge… Caught in the crossfire between two warring alien empires – Earth’s Mightiest Heroes must make a stand. But whom can they trust when they learn not everyone is who they seem to be? Tune in for The Avengers: Earth’s Mightiest Heroes season two premiere, along with the series premiere of Ultimate Spider-Man inside Marvel Universe on Disney XD April 1 beginning at 11am/10c. Take a look at our exclusive sneaks at Avengers and Spider-Man after the break!