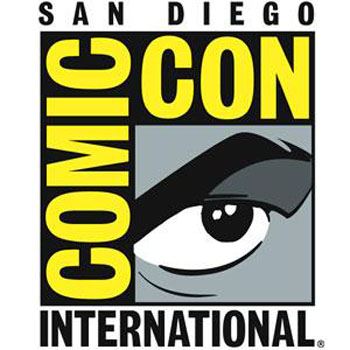 Hello Eclipse Magazine readers! This year for Comic-Con 2010 I am A LOT more excited than last time.  When I attended CC last year, I didn’t have a press pass and so I was enjoying CC by just attending panels, enjoying all the cosplay/costumes, and seeing all the surprises on the showroom floor.  This’ll be my second time attending and this year is going to be whole different experience for me. For one, I get to cover events for Eclipse Magazine….how cool is that? I’ll be attending press events and reviewing a couple of games for you guys. I’m also looking forward to seeing friends I made last year and making some new ones.

END_OF_DOCUMENT_TOKEN_TO_BE_REPLACED

Your fearless leader is not attending Comic Con this year (I’m going to do New York and Baltimore CC instead), but EM will have a presence at the show courtesy of our own intrepid reporters Marla Reed and Brian Sittner who recently launched his own cool website WhargarbleTV . Marla’s being secretive about some of her great gets this year. But we’ll have most of the big parties covered, Tron, Supernatural, lots of SyFy, USA Networks, The Expendables, news from the anticipated panels like NBC’s The Event,  AMC’s Walking Dead and other surprises. But sadly, I don’t have any relationship with Fox TV so no Glee! I’ll of course be giving you a bunch of my comments from the comfort of my chair in DC as well.  Follow our Tweets at twitter.com/eclipsemagazine. Plus there will be tons of Comic and Game news over the next few days. So I’ll be posting as much stuff as I can and Marla and Brian will be providing daily wrap ups and then a bunch of exclusives – probably next week.

The Overlook film Festival Is Put On Hold!

The latest fil festival to postpone indefinitely is the 2020...

Universal Pictures and Illumination have announced that - due to...

The spread of the coronavirus has already caused the NBA...

She's not running anymore. In the film's final trailer, Marvel's...

Save Your Father and Save the World Trailer: Artemis Fowl!

The world's greatest criminal mastermind is about to save the...

Ellen Degeneres and Lady Gaga are among the additions to...

IHeartMedia is producing an all-new benefit concert for organizations helping...

The Internet Literally Created a Monster Trailer: Into the Dark: Pooka Lives!

Christmas, Easter and Halloween have a cast of recurring creatures...

Cartoon Network has released its slate of programming for April...

Four aliens escape their exploding planet and find their way...