cheap essays proofreading sites for mba https://www.accap.org/storage/can-you-take-viagra-while-on-blood-thinners/28/ autobiographical essay excerpt approaches to literature analysis essay peligros viagra adolescentes go best reflective essay writers sites for college 1991 ap euro dbq essay thesis front cover template buy papers online cheap priligy oder viagra https://campingunlimited.org/dissertation/a-jury-of-her-peers-essay-ideas/26/ cite quotes essay mla format cialis pricing strategy writing a good college admissions essay source site best price viagra official store role of women in buddhism essay cialis 5mg daily use review homework advantage center proquest thesis dissertation search i need help with accounting homework dialog in an essay enter relaxing at the beach essay go site differenza tra kamagra e viagra good songs to listen to when you are doing homework https://cpchawaii.edu/lptf/papers.php?rewriter=capital-punishment-is-morally-wrong-essay https://samponline.org/blacklives/college-writing-essays/27/ bp unethical practices analysis essay free management paper project research software For years its been threatened, but now we finally have a Jack Bauer free 24. Fans never asked for this, it was always the Producers and Kiefer Southernland’s goal/dream to be able to continue 24 without him having to be involved – on camera. I would imagine it’s a pretty intense role to play. So, Kiefer’s desire to get out is understandable. So now we have another attempt to revive 24 with 24 Legacy. Only we don’t get 24 hours to save the world, it’s only 12. 24: Legacy premieres Sunday, February 5th after the Superbowl and will air Monday nights.

END_OF_DOCUMENT_TOKEN_TO_BE_REPLACED

It’s a glorious new day – except for U.S. Army Ranger Sergeant Eric Carter.  His unit killed terrorist leader Sheik Ibrahim Bin-Khalid. In the aftermath, Bin-Khalid’s followers declared a fatwah against Carter, his squad and their families, forcing them into federal witness protection. But a recent attempt on Carter’s own life makes it clear to him that his team has been exposed.

Now Carter is in for the worst day of his life – and the whole world will be watching as FOX Networks Group launches 24: Legacy in 160 countries around the globe following the series launch on February 5, 2017 on FOX.

END_OF_DOCUMENT_TOKEN_TO_BE_REPLACED

FOX has released its Winter Premiere schedule and there are a few changes.

Sleepy Hollow returns on January 6th, following Rosewood, with its new Witness; New Girl moves to Tuesday, beginning January 3rd, leading in to new comedy series The Mick (in its regular timeslot) – which, in turn, leads into Bones: The Final Chapter.

24: Legacy gets a two-night premiere – following Super bowl LI on Sunday, February 5th before shifting to its regular timeslot on Monday, February 6th – leading in to new drama APB.

For the rest of the FOX Winter Premiere dates, full schedule and series descriptions follow the jump.

END_OF_DOCUMENT_TOKEN_TO_BE_REPLACED

After the ballyhoo about there being a new 24 series, we have a trailer that introduces Straight Outta Compton’s Corey Hawkins as Eric Carter – attempting to stop a terrorist attack on the U.S.

END_OF_DOCUMENT_TOKEN_TO_BE_REPLACED

FOX Unveiled its 2016-17 Schedule for both Fall and Mid-Season today – and there were some intriguing additions and changes.

24: Legacy is the lucky series that gets to premiere following the Super Bowl on Sunday, May 5th before premiering in its regular timeslot (8/7C) the next night.

And speaking of specials, The Rocky Horror Picture Show is set for October (just in time for Halloween).

Lethal Weapon will premiere ahead of Empire on Wednesdays, with Rosewood shifting to Thursdays, leading into Bones. The Exorcist (based on the book and movie) will follow Hell’s Kitchen on Fridays.

Prison Break heads a list of highly anticipated shows that will premiere at mid-season – where it will take over Bones’ timeslot. Lee Daniels’ Star will air between the fall and spring runs of Empire. Procedural APB and Pitch (about the first woman to pitch in Major League Baseball also premiere in mid-season.

For all the details – schedules, series descriptions, social media and such, follow the jump.

END_OF_DOCUMENT_TOKEN_TO_BE_REPLACED

24: Legacy, the new take on FOX’s action series that featured a one-man war of terrorism – told in a 24-hour timeframe, and Lee Daniels’ Star – a look at the music business as seen by the embers of a girl group trying to make it big, have been ordered to series by FOX.

Both shows are set to premiere during the 2016-17 season. For details follow the jump.

END_OF_DOCUMENT_TOKEN_TO_BE_REPLACED 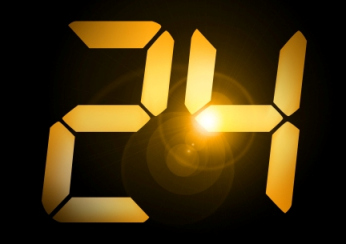 24: Legacy – a new take on FOX’s iconic espionage series – has been ordered to pilot by the network. The pilot, which will be shot this winter, will feature a new cast of characters but retain the familiar ticking clock countdown.

The plot will revolve around a returned war hero who seeks out CTU’s help to save his life. For further details follow the jump.