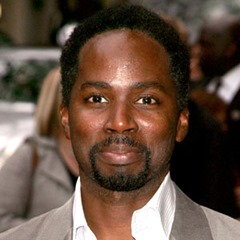 In Z Nation, three years have passed since the zombie virus has gutted the country, and a team of everyday heroes must transport the only known survivor of the plague from New York to California, where the last functioning viral lab waits for his blood. Although the antibodies he carries are the world’s last, best hope for a vaccine, he hides a dark secret that threatens them all. With humankind’s survival at stake, the ragtag band embarks on a journey of survival across three thousand miles of rusted-out post-apocalyptic America.

Perrineau will play Hammond, the leader of the group headed west; Scott portrays Garnett, Hammond’s second-in-command; and Qualls plays the role of Citizen Z, a computer hacker who joins the team and helps them navigate the zombie-infested terrain.  Welch and Smith are Mack and Addy, respectively, two disparate wanderers drawn to the team – and to each other – by a shared goal: survival.

Rounding out the ensemble are Anastasia Baranova (The Darkness II) as Addy, Russell Hodgkinson (Big Fish) as Doc and Keith Allan (Rise of the Zombies) as Murphy.

Z Nation is a dynamic ensemble action-drama that will plunge viewers into a fully-imagined post-zombie America and take them on an adventure with a diverse group of richly-drawn characters. As the reluctant heroes learn to work as a team and battle ever-more-menacing zombies, their flaws, idiosyncrasies, and moral dilemmas will ultimately become the heart of the show.

Syfy is a media destination for imagination-based entertainment. With year round acclaimed original series, events, blockbuster movies, classic science fiction and fantasy programming, a dynamic Web site (www.Syfy.com), and a portfolio of adjacent business (Syfy Ventures), Syfy is a passport to limitless possibilities. Originally launched in 1992 as SCI FI Channel, and currently in more than 96 million homes, Syfy is a network of NBCUniversal, one of the world’s leading media and entertainment companies.  NBCUniversal is a subsidiary of Comcast Corporation. (Syfy. Imagine Greater.)

Dynamic Television is a packaging, acquisition and distribution company with a disciplined and global strategy focused on fostering transparent and integrated partnerships between talent, producers and broadcasters.  The company is headquartered in Los Angeles and Paris.

The Asylum is one of the world’s leading brand-oriented motion picture and television studios. With a focus on high-concept, market-driven entertainment, like Sharknado, The Asylum finances, produces and releases 25 films per year through its direct pipeline to the nation’s top retailers and its network of international distribution partners. Since its founding in 1997, The Asylum has released more than 500 films and has built a library of over 200 original productions, including top-rated movie premieres for Syfy, Lifetime and Animal Planet networks.