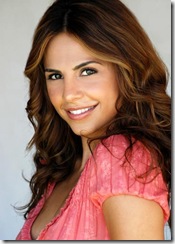 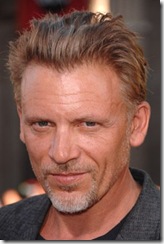 Alphas is executive produced by Gail Berman, Lloyd Braun and Gene Stein for BermanBraun Television and will be directed by Jack Bender (director and executive producer of Lost). Production is underway in Toronto.

Azita Ghanizada plays Rachel who, from an early age, has been able to “hyper-intensify” her senses, one at a time – vision, hearing, taste, and smell.   Her mother and father – who are conservative parents — thought she was cursed and discouraged this unique and amazing ability.  Overly sensitive – literally – Rachel has always felt ashamed and rejected.  With Dr. Rosen’s help and encouragement, she’s learning to appreciate her skill and grow increasingly confident and adventurous.

Ghanizada’s credits include appearances on the television series Castle, Ghost Whisperer, Entourage, How I Met Your Mother, Psych, The Closer, Numbers and The Wedding Bells. She is represented by Joel King of Pakula/King & Associates and managed by Katie Mason of Luber/Roklin Entertainment.

Rennie is no stranger to Syfy having portrayed Leoben, a Cylon on the critically acclaimed series Battlestar Galatica throughout its four season-run on the channel. Other roles include memorable arcs on 24 and Flash Forward, Lew Ashby on Californication, and he was featured on Syfy’s Emmy-winning miniseries smash Tin Man.