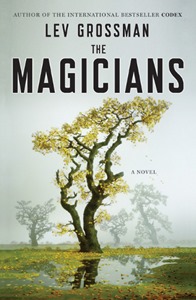 NEW YORK – July 10, 2014 – Continuing its strategy to create bold and distinctive sci-fi fantasy drama, Syfy today announced that it has greenlit a pilot of The Magicians, an adaptation of Lev Grossman’s best-selling fantasy book series which has been published in 22 countries.

The one-hour drama follows 20-somethings who, while studying magic in New York, discover that the magical fantasy world they read about as children is all too real and poses a grave danger to humanity.