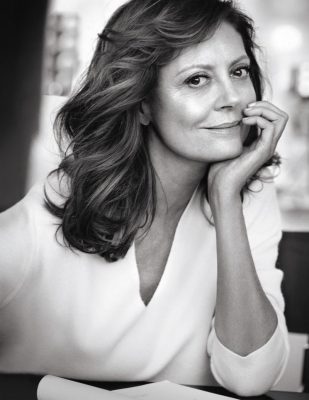 Sarandon plays a mother, desperate to save her son from a terrorist group, who discovers community in the most unexpected places.

YouTube plans to release Vulture Club theatrically before streaming it later this year.

LOS ANGELES – March 21, 2018 – YouTube has announced the completion of principal photography on VULTURE CLUB starring Academy Award-winner Susan Sarandon and award-winning actors Edie Falco and Matt Bomer. In VULTURE CLUB, a veteran emergency room nurse secretly struggles to free her grown son, a journalist, from capture by a terrorist group. After running into roadblocks with government agencies, she discovers a clandestine community of journalists and advocates who might be able to help her. VULTURE CLUB will debut in theaters and then on YouTube Red later this year.

VULTURE CLUB was directed by Maryam Keshavarz (writer-director of Circumstance) and was co-written with Jonathan Mastro. This powerful film is a thought-provoking story about a mother forced to take drastic measures to try and save her only son.

“VULTURE CLUB follows the singular journey of a woman abandoned by her government who finds community in the most unexpected places,” says Maryam Keshavarz. “It’s an honor to work with Susan Sarandon, Edie Falco and Matt Bomer who are the incredible talents and an innovator like YouTube to tell this timely story.”

“This emotional drama grapples with relevant issues journalists around the world face today. Maryam Keshavarz lends her powerful perspective as an Iranian-American filmmaker, and Susan Sarandon’s moving performance immediately drew us into this compelling film,” said Susanne Daniels, Global Head of Original Content, YouTube. “We are excited to be in business with Anna Gerb, Neal Dodson, and J.C. Chandor and work with the extremely talented cast of Vulture Club.”

VULTURE CLUB is produced by Anna Gerb, Neal Dodson, and Academy Award-nominee J.C. Chandor. Together, they produced Chandor’s films as writer-director: Margin Call, All is Lost, and A Most Violent Year to critical acclaim, earning Academy Award nominations, and winning Independent Spirit Awards and a Golden Globe Award.

About MaraKesh Films:
VULTURE CLUB is produced in association with MaraKesh Films, the production company spearheaded by writer-director-producer Maryam Keshavarz and frequent collaborators Paolo Marinou-Blanco and Jonathan Mastro. MaraKesh Films is in development on several projects including THE DISSENT, a political thriller exposing the intrusion of the FBI into the judicial system, based on the award-winning HBO documentary HOT COFFEE, a comedy about an Iranian-American girl growing up with seven brothers and one bathroom in NYC; THE LAST HAREM exploring the love affair of a cross dressing musician and a newly appointed boy-king in 19th century Persia; THE SHANKARS, a mother-daughter musical drama about contemporary musician Gingger Shankar and her mother who toured with George Harrison and worked with The Beatles; and 2030, a near-future dystopian thriller series developed with Roadside Attractions, about a young Muslim woman trying to survive in America after a right wing take over and forced to join the resistance.

Keshavarz’s first film, CIRCUMSTANCE, played film festivals all over the world, won the Sundance Film Festival’s Audience Award and was nominated for an Independent Spirit Award.

About CounterNarrative:
Chandor, Dodson, and Gerb have more than a dozen film and television projects in motion through their CounterNarrative banner including: THE LIAR’S BALL with Gideon Yago writing for A24, a remake of the German film THE ROBBER with IT screenwriter Chase Palmer writing for FilmNation, an untitled project about female Yazidi soldiers with writer-director Sarah Gertrude Shapiro setup at Amazon Studios, Palmer’s directing debut Black Lung, and also Chandor’s next original film as a writer-director, with more projects to be announced soon. Chandor is currently directing and writing TRIPLE FRONTIER for Netflix, with Dodson and Gerb executive producing. In addition to their feature film projects, Chandor, Dodson, and Gerb’s company has a first-look television deal with Gaumont.