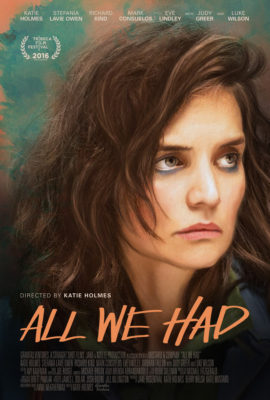 Katie Holmes has directed her first film, All We Had – a film about the bond between a mother and daughter. It received critical acclaim for Holmes both as a director and the film’s star when it played the Tribeca Film Festival.

All We Had opens on December 9th.