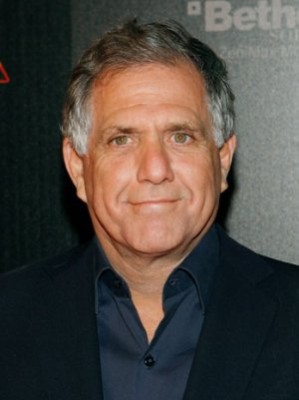 Sumner M. Redstone has resigned as the Chairman of CBS Corpration and Les Moonves has been named the company’s new chairman.

Moonvess was nominated for the position by Shari E. Redstone, Vice-Chair of the CBS Board and was confirmed by a unanimous vote of the CBS Directors. Moonves will also continue to serve as President and Chief Executive Officer of CBS. For further details and reactions, follow the jump.

New York, NY-CBS Corporation (NYSE: CBS.A and CBS) announced today that Leslie Moonves has been elected the next Chair of the CBS Board of Directors.  Mr. Moonves was nominated by Shari E. Redstone, Vice Chair of the CBS Board, and his appointment was confirmed by a unanimous vote of the CBS directors. He also will continue to serve as President and Chief Executive Officer of CBS, positions he has held since 2006. Mr. Moonves’ election by the Board follows the recent resignation of Sumner M. Redstone from his position of Executive Chairman, which was effective February 2, 2016, and his appointment to the role of Chairman Emeritus, CBS Corporation. Ms. Redstone, Mr. Redstone’s daughter, will continue to serve as Vice Chair of the CBS Board, a position she has held since 2005.

“I am honored to accept the chairmanship of this great Company,” said Moonves. “I want to thank Sumner for his guidance and strong support over all these years. It has meant the world to me. I am particularly grateful that Shari Redstone has agreed to continue in her role as Vice Chair of the Company. Her business acumen and knowledge of the media space remain very important to me as we move forward, and I greatly appreciate her support and invaluable counsel. I would also like to thank our excellent board of directors, who have contributed so significantly to our success. The people of CBS have achieved much together and I believe the best is yet to come.”

Before electing Mr. Moonves, the CBS Board offered the position of Non-Executive Chair to Ms. Redstone, but she declined in light of her other professional and personal responsibilities, and in recognition of her confidence in Mr. Moonves. Ms. Redstone serves as Co-Founder and Managing Partner of Advancit Capital, a venture capital firm that invests in early stage companies focusing on media, entertainment and technology. Ms. Redstone also serves as Vice Chair of Viacom, and as President of National Amusements, Inc., which is the controlling shareholder of Viacom and CBS, and owner of the international chain of Showcase and Cinema de Lux theaters.

“I have been fortunate to work with Les and he has clearly established himself as a creative and effective leader who understands both the challenges and the opportunities that are shaping today’s media landscape,” said Ms. Redstone. “I am sure he will make a great Chair and I look forward to working with him for many years to come.”