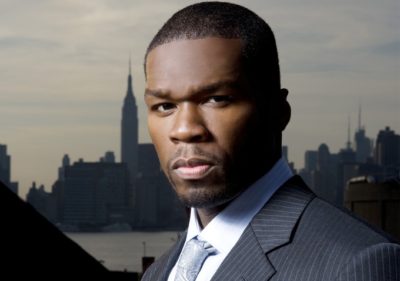 Today Starz announced an extension to its deal with Curtis ’50 Cent’ Jackson – along with the immediate announcement of the development of a new superhero series from Jackson: Tomorrow, Today, based on a screenplay by Jackson.

The extension of Jackson’s deal with Starz will keep him at the network until September 2018. For details on Tomorrow Today, follow the jump.

Beverly Hills, Calif. – August 1, 2016 – Starz today announced it has extended Curtis “50 Cent” Jackson’s exclusive premium overall deal. Starz and Jackson, an Executive Producer for the hit series “Power,” are also developing “Tomorrow, Today,” based on a screenplay penned by Jackson, on which he will serve as Executive Producer.

“I am looking forward to continuing my relationship with my Starz family; we have had great success together on ‘Power’ and I am excited to get going on all of our upcoming projects together.  I knew Starz would be the perfect home for ‘Tomorrow, Today.’ This project is very personal to me…creating it, writing it, finding the best team for it and I will continue to be involved every step of the way.” said Jackson.

“We’re excited to develop this series with Curtis to showcase his producing skills with this unique storyline,” said Carmi Zlotnik, managing director of Starz.

“Tomorrow, Today” is a superhero-themed series about a veteran from the south side of Chicago who, after being falsely imprisoned, becomes the personal experiment of a mad prison doctor trying to create the perfect man – and an unstoppable killing machine. Set free, but on the run, the veteran must reconcile with the world that has turned against him, and use his newfound abilities for good.

Anthony Cipriano (“Bates Motel,” “12 and Holding”) and Dan Kay (“I.T.”) will executive produce “Tomorrow, Today” with Kirkland Morris serving as producer. Cipriano, Kay and Morris will also write for the series. Senior Vice President of Original Programming Ken Segna and Director of Original Programing Patrick McDonald will be the Starz executives in charge of “Tomorrow, Today.”

The highly-anticipated third season of “Power” premiered on July 17, setting several STARZ viewership records including the Season Three premiere growing more than 58% from the Season Two and 389% from Season One premieres respectively1. Courtney A. Kemp serves as the Creator, Showrunner and Executive Producer of the New York-based drama “Power,” which was recently greenlit for a fourth and fifth season. Curtis “50 Cent” Jackson, Mark Canton, Randall Emmett and Gary Lennon serve as Executive Producers.