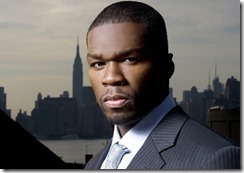 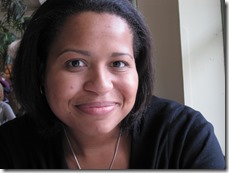 Starz has greenlighted Power – a new series to be executive produced by Curtis ‘50 Cent’ Jackson and creator Courtney Kemp Agboh. The one-hour drama centers on James ‘Ghost’ Patrick, who wants to make his elite New York club a fortune 500 company. Unfortunately, his secret life as the kingpin of a lucrative drug empire is a huge complication both in terms of his legit aspirations and his family.

Power will begin shooting in the latter part of this year. For more details, check out the official press release after the jump.

"Power" tells the story of James "Ghost" St. Patrick, a wealthy New York City nightclub owner who caters to the city’s elite.  He wants to build an empire, turn the club into a Fortune 500 business, but there’s just one problem: Ghost is living a double life.  When he is not in the club, he is the kingpin of the most lucrative drug network in New York for a very high-level clientele. His marriage, family and business all become unknowingly threatened as he is tempted to leave his criminal life behind and become the rags-to-riches businessman he wants to be most of all.

Albrecht said, "We are thrilled to add ‘Power’ to our growing original programming lineup for 2014.  Curtis has a unique and specific vision for the series, lending it an authenticity and voice rarely seen.  Courtney has created a rich world and characters not often explored in contemporary drama.  There is a rawness and soul to the character of Ghost as he struggles to live between these two worlds that we believe will leave an indelible mark on the audience and stay with them after the credits roll."

"STARZ has given our team an opportunity to explore a world of beauty, luxury, danger and death, all against the struggle of one man to define his nature and his soul," says Courtney Kemp Agboh.  "While the power and peril of Ghost’s world are specific, we hope to address the truly universal questions we all face when we look in the mirror: who am I? Where am I going? Who do I want to become?"

“This is a passion project for me and I couldn’t be more thrilled to have found a home with STARZ.  I look forward to working with this incredibly talented team on making ‘Power’ a hit show,” says Curtis “50 Cent” Jackson.

"Courtney has crafted an incredible modern story from an idea we developed with Fifty and Randall Emmett.  She’s without hesitation one of the best writers and storytellers that I’ve had the privilege to work with," says executive producer Mark Canton.  "I’ve had a long relationship with Chris Albrecht and Randall and I look forward to raising the bar together with him, his colleagues at STARZ and our partners and CBS Studios.  I know we are at the right time and right place with this powerful project."

Executive Producer Randall Emmett says, "We are excited to make this series happen. The creativity of this team is unparalleled."

The series was created by Courtney Kemp Agboh, who is also the executive producer and showrunner on the series.   "Power" represents another collaboration between executive producers Mark Canton (300, Immortals) and Randall Emmett (End Of Watch, 2 Guns, Lone Survivor), who are producing in association with CBS Television Studios.  Canton and Emmett most recently were producers on Escape Plan starring Sylvester Stallone and Arnold Schwarzenegger, which will be released in theaters in October.

The first season will be eight, hour-long episodes and will begin filming in late 2013.  Starz retains all global distribution and home entertainment rights to the series.

Courtney Kemp Agboh started her career in the magazine world publishing articles in GQ, Vibe, and Marie Claire.  She then left New York to pursue a career in television writing for "The Bernie Mac Show" (Fox), "Eli Stone" (ABC), and "The Good Wife" (CBS), among others.  She lives in Los Angeles with her husband and daughter.