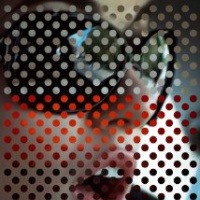 Steven Soderbergh’s The Girlfriend Experience introduced the concept of ultra-exclusive courtesans who provided a great deal more than sex – a ‘girlfriend experience.’

Starz has greenlit an anthology series based on the concept. It will run as 13 half-hour episodes. Soderbergh and Philip Fleishman will be executive producers along with indie filmmakers Lodge Kerrigan and Amy Seimetz – who will also write and direct on the series. Details follow the jump.

Beverly Hills, Calif. – June 23, 2014 – Starz today announced the greenlight of “The Girlfriend Experience,” a 13-part anthology series produced by Transactional Pictures. Inspired by the 2009 Magnolia Pictures film of the same title, Steven Soderbergh and Philip Fleishman will serve as executive producers along with independent filmmakers Lodge Kerrigan and Amy Seimetz, who will also write and direct on the series.

“The Girlfriend Experience” explores the relationships of the most exclusive courtesans who provide their clients with far more than just sex. These purveyors – or GFEs (Girlfriend Experience) – share intimacies more common to romantic partners or husbands and wives, becoming quasi-lovers and confidants who are richly paid for their time.

The original feature, directed by Soderbergh and written by Brian Koppelman and David Levien, screened at the Sundance Film Festival in 2009.

Chris Albrecht, CEO of Starz said, “We are all such fans of the movie that the idea of exploring this world through many different characters, voices and points of view was especially intriguing.  Steven and Philip’s approach to the format is unique and not something seen on the entertainment landscape today.  Working with Steven is always a thrill, and we are excited to break the mold with this project yet again.”

“We’re in an exciting period of auteur-driven television right now,” said Executive Producer Steven Soderbergh. “When Philip floated the idea of a Girlfriend Experience-inspired television show, I thought: ‘let’s make it a different woman in a different city, let’s pair two independent writer/directors, one male and one female, and let them do the whole thing.’ I’ve known Lodge for 20 years and I became a fan of Amy’s when I saw her first feature last summer.  We went to Chris Albrecht because he and I have been trying to find something to do together since we did “K Street” 11 years ago. He responded without hesitation to both the idea of the show and the approach.”

“We’re excited to work with Steven and Philip to develop this anthology series that takes viewers into a world where intimacy has a price.  We were captivated by Steven’s exploration of a story where emotional consequences arise, surprising and complicating the lives of both the clients and the professional ‘lovers,’ ” said Carmi Zlotnik, Managing Director of Starz. “This series gives Starz an opportunity to work with some of the most talented independent filmmakers of today, and craft a cinematic exploration into the hearts of relationships – in line with the original film.”

“Many of these women are extremely accomplished,” said Executive Producer Philip Fleishman. “They range from musicians in major orchestras to PhD candidates in the sciences and often feel empowered by the control and economic freedom their work as GFE’s affords them. The question is whether they define a new genus of contemporary relationship, or have relationships always been transactionally based in one form or another?”

Soderbergh, whose distinguished career spans across television, film and stage, won a 2013 Emmy® Award for Outstanding Directing for the television film “Behind the Candelabra” which debuted on HBO last year. He earned the Academy® Award in 2000 for directing Traffic, the same year he was nominated for Erin Brockovich. Soderbergh earlier gained an Academy® Award nomination for Best Original Screenplay for sex, lies, and videotape, his feature film directorial debut. His other credits include Magic Mike, Contagion, The Oceans Trilogy, Out of Sight, King of the Hill and many other films and documentaries.

Fleishman, who produced Soderbergh’s concert film about the group Yes in 1985, is a writer, producer, documentary journalist, and entrepreneur with a legal background who attended the York University Film School. Nominated for a Peabody® award for his 13-hour CBC documentary series "The Future of the Jews," Fleishman founded and became a principal owner of Command Post and Transfer Corp. Command Post was later acquired by Technicolor.

“The Girlfriend Experience” is produced by Transactional Pictures, which licensed the rights from the owner of the original feature film, Magnolia Pictures. Starz will retain all domestic multiplatform pay TV rights and serve as the worldwide distributor of all other rights to the series.